Srinagar: Many people have sacrificed since independence to get back Pakistan Occupied Jammu and Kashmir (PoJK). In such a situation, on May 8, 2022, many political and social organizations under the banner of the Jammu and Kashmir People's Forum held a rally to pay tribute to these sacrifices. The rally, titled 'Punyabhoomi Smaran,' was held at 10:30 am on Sunday at the Padma Sachdev Government Post Graduate College for Women in Gandhi Nagar, Jammu.

Glimpse of POJK rally in Jammu. All refugees who migrated to India in 1947 arranged a huge rally today.

My family is also part of this unfortunate history. pic.twitter.com/rEyCiMWg83

In its brochure, the organizers of the rally said, "On August 15, 1947, India became independent after a continuous struggle, sacrifice and efforts by great men and heroes, but Pakistan attacked and killed thousands of people on October 22, 1947. Thousands of people in Jammu and Kashmir had to leave their native land. In 1965 and 1971, many people migrated from the Chhamb region. Let us participate in the meeting held to pay homage to those who sacrificed at that time and to remember the holy land of our forefathers. It mentions that after independence in 1947, the attack was carried out on October 22 with the intention of capturing Jammu and Kashmir. With this, they occupied thousands of square kilometres of territory of Jammu and Kashmir. This is called The Pakistan Occupied Jammu and Kashmir (POJK) and the displaced people there are called the refugees of POJK. 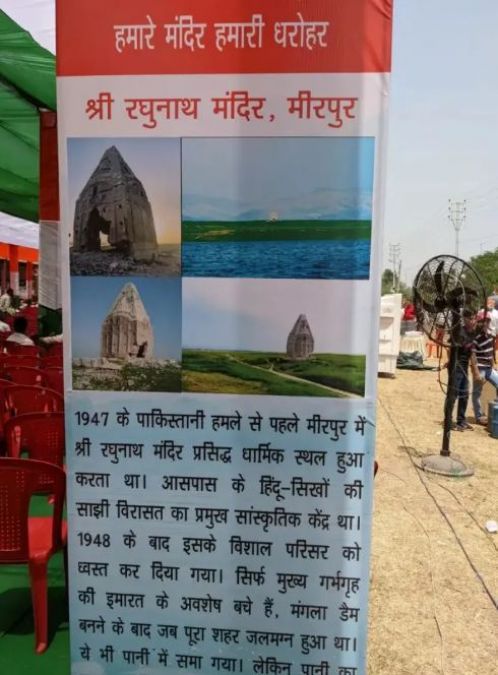 According to the brochure, thousands of POJK refugees are constrained to wander outside Jammu and Kashmir due to the policies of the then government of Jammu and Kashmir. The present government is trying to give rights to the people who have been fighting for their rights for seven decades. The organizers of the rally, who were displaced from Chhamb, said that the people of Chhamb, who were forced to flee during the Indo-Pak wars of 1965 and 1971, are known today as migrants. 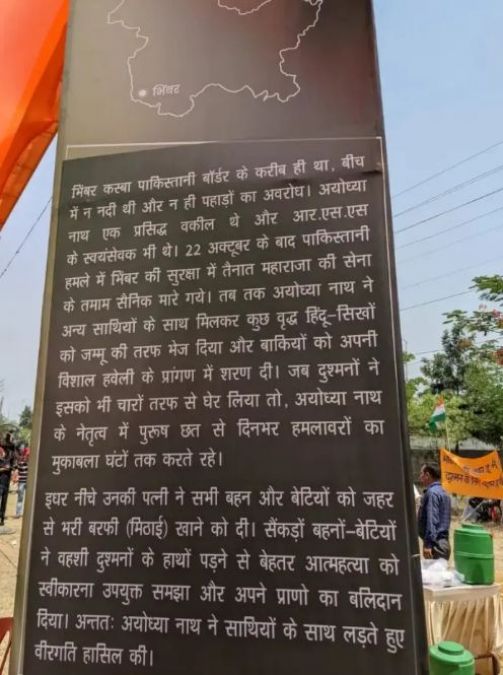 It also mentions the atrocities inflicted on the original Hindus and Sikhs of the POJK region, stating that women were raped and their families burnt alive during the brutal killings of Hindus and Sikhs during that time. Thousands of Hindu and Sikh families had to flee due to the massacre. Many of the families who were separated due to this have not been traced to date. Former MLC Ramesh Arora has said, "So many brave sons of this earth were martyred in 1947, when there was an attack in the POJK area on October 22, 1947. China has also occupied some areas of POJK along with Pakistan. China's interference is increasing day by day. Recently, a fidayeen attacker blew himself up in Pakistan and killed some Chinese nationals. The Pakistan Army is very tough on Baloch insurgents. We say that the people of POJK have said many times that they want to live with India. He exuded confidence that POJK will soon be a part of India.''

These beaches of South India are the best for summer vacations