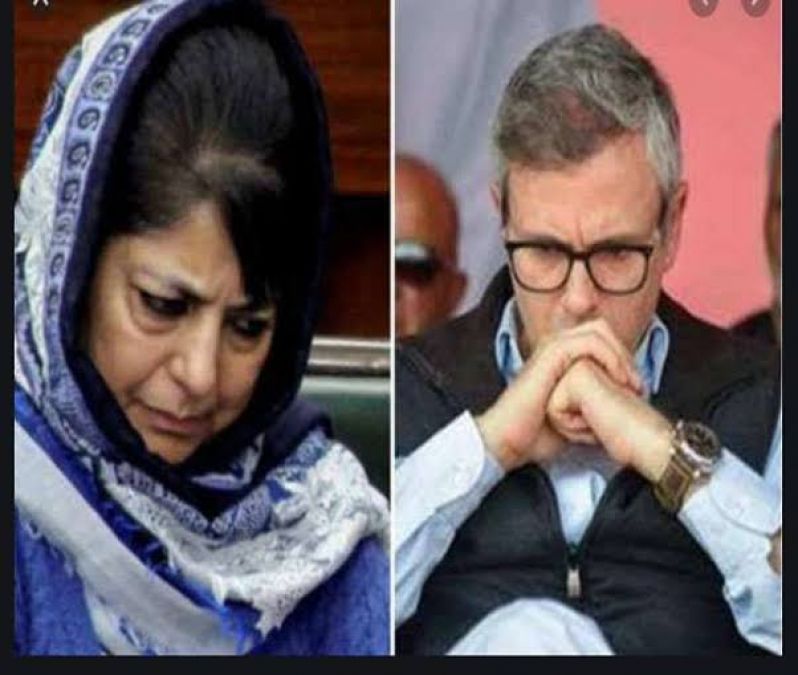 Jammu: Recently, due to the change in the administrative and political system of Jammu and Kashmir, 2 former Chief Ministers of Jammu and Kashmir have changed their taste. Where both of them have become vegetarian. These former chief ministers who have changed their eating habits include National Conference vice-president Omar Abdullah and Peoples Democratic Party President Mehbooba Mufti. Omar Abdullah neither expresses his desire for kebabs nor Mehbooba should have chicken soup or goshtaba and lent.

At the same time, it has been learned that with the implementation of the Jammu and Kashmir Reorganization Act on August 5, 2019, the state of Jammu and Kashmir has been revamped in two Union Territories of Jammu and Kashmir and Ladakh. At the same time, Article 370 was abolished and along with the implementation of all the central laws in the Union Territory of Jammu and Kashmir, the entire political and administrative system has been changed. During this process, the administration detained all the prominent leaders and activists of various political parties including National Conference, Congress, CPI (M), Awami Ittehad Party, People's Conference including Farooq Abdullah, Omar Abdullah and Mehbooba Mufti as a precaution during this process. Took in The BJP leader remains out of preventive custody.

According to information received from sources, Omar Abdullah likes kebabs very much. Apart from this, he also loves Rajmaan-rice and vegetarian food of South India and Gujarat. Mehbooba Mufti, the president of PDP, likes to eat chicken, chicken soup and lentils and goshtaba, Chinese in Vajwan. Omar Abdullah, who has been under precautionary custody at Hari Niwas, about two kilometers from his house since the morning of August 5, and Mehbooba Mufti, who were detained at a government guest house in Transport Lane, a short distance from Lalchowk, were held in jail Accordingly, food is being provided. According to the jail manual, both vegetarian and non-vegetarian food is provided sequentially, the two leaders initially ate non-vegetarian food for several days at will. However, for the past one month, both of them have not eaten non-vegetarian food even once in custody. Both are now completely vegetarian.

Congress's war in Delhi elections, social media will be monitored from control room

Hong Kong took a big step towards this disease in China