THIRUVANANTHAPURAM : Kerala's new school curriculum would include cyber safety, with a focus on its efficient use in academic and administrative settings, state Minister for General Education V.Sivan Kutty said on Saturday.
The minister made the remark while launching a cyber safety training programme for three lakh moms through the state's Little KITEs units.

Sivan Kutty further mentioned that the initial goal for the state government's second 100-day programme was to train two lakh moms, but that number was later expanded to three lakhs. "Given the overwhelming positive reaction to the programme, cyber safety training would be provided to 10 lakh recipients, including students and moms," Sivan Kutty said.

Using the Little KITEs units in 2000 high schools around the state, the training programme would be conducted in batches of 30 participants in five sessions lasting three hours each. Introduction to new technologies such as smart phones, the internet, and its safe use, the security of passwords such as OTPs and PINs, recognising and preventing fake news, cyber attacks, and care to be taken while conducting online transactions are among the topics covered in the course. He has also created a manual for mothers on online safety.

10th pass in Public Service Commission jobs for youth, salary will be 66000 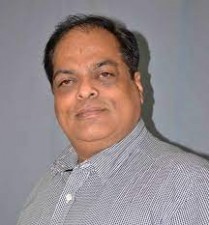