The news of the divorce announcement of famous entertainment superstars Aamir Khan and Kiran Rao had shocked everyone. As soon as the fans received the news, they lost their senses. Fans didn't understand how it happened. Aamir and Kiran had told their fans through a special video message that both are happy with their decision. Now a photo of the two has surfaced which is going viral at a rapid pace. The two were spotted together the previous day.

This is not the first time that Aamir Khan and Kiran Rao have been seen together after the divorce. The two are often seen with their son Azad. The two are co-parenting their son together. The two were now spotted with their son the previous day. Aamir and Kiran had reached a restaurant for lunch. The two also posed in front of the paparazzi. As soon as these photos surfaced on social media, people started raising questions. 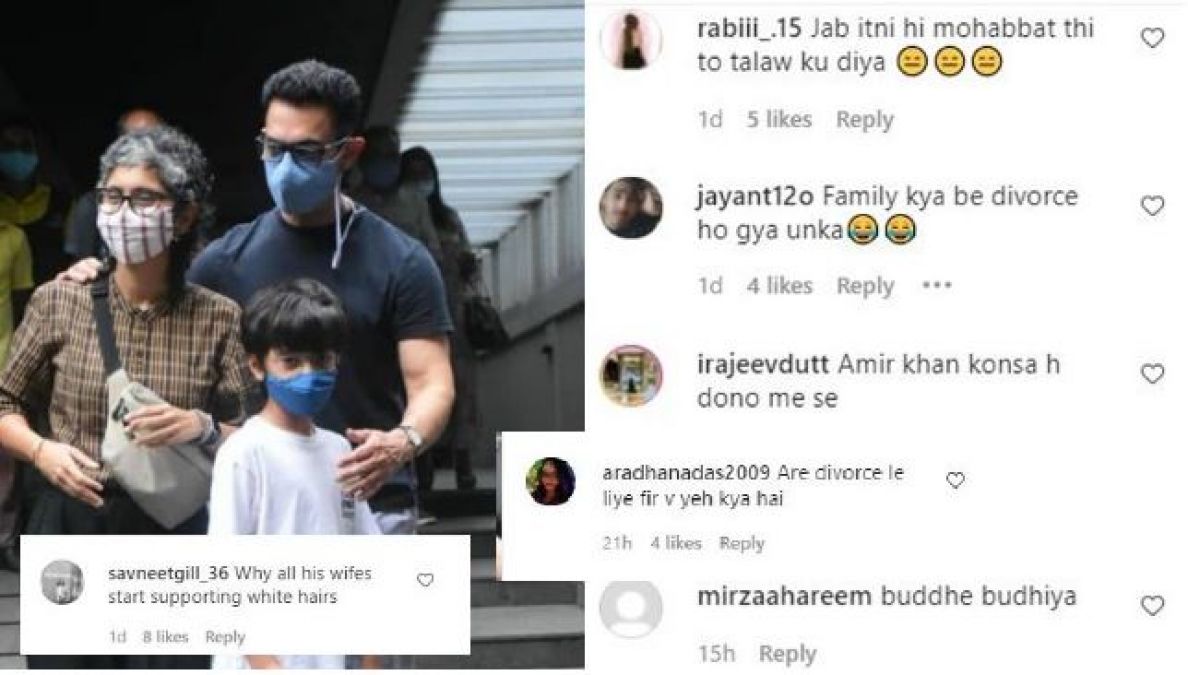