The guidelines also include a 10-day yoga "basic course" starting on June 12 and ending on June 21, which is International Yoga Day.

"It is advised that yoga training begin during the foundation course (one hour, preferably in the morning in orientation week). Yoga practises shall be limited to one hour per day for a period of ten days beginning on June 12th each year and ending on June 21st, International Yoga Day, which will be observed in all medical schools across the country "in accordance with the updated requirements.

A rigorous continuous formative and internal assessment is required, according to the rules, to assure capabilities and, as a result, a qualified medical graduate."We can have two internal assessments if necessary, and the third internal assessment can be generated from numerous unitary and continuous exams done during the year," it stated.  Surprisingly, Union Health Minister Mansukh Mandaviya recently stated in Parliament that 'Maharshi Charak Shapath' will be elective for medical students rather than mandatory.

The Charaka Shapath or Charaka oath is a series of instructions given by a teacher to prospective students of the science of medicine. It is found in the Sanskrit work Charaka Samhita, which is the Sanskrit text on Ayurveda (Indian traditional medicine).

Kashi's 125-year-old yoga guru got Padma Shri, it is worth watching even at this age.. Video"

Do these yogasanas to remove knee pain 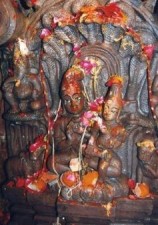 Things to do in India before you get too old… Buckle In for a ride!