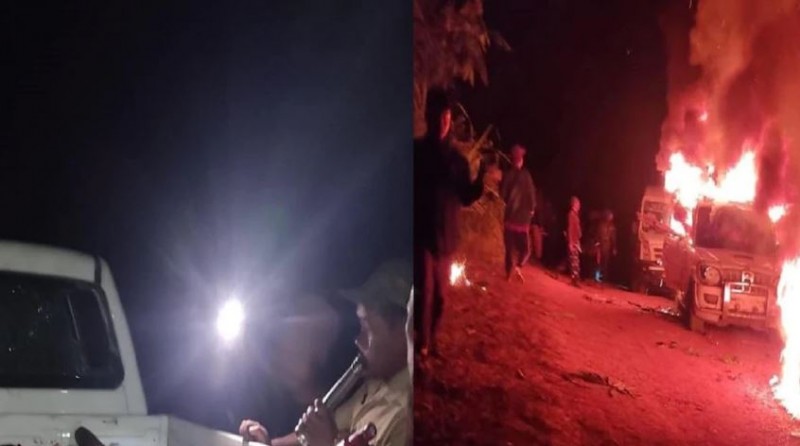 Guwahati: On Saturday evening, 14 people were killed in a shooting incident in Nagaland's Mon district, including a soldier. After the killing of six people here, the locals allegedly battled with security personnel. As a result of the security forces' reprisal, several persons were slain. However, the issue remains as to why and how the shooting occurred so fast. Assam Rifles has made a statement.

According to the Assam Rifles, "In reality, based on accurate information inputs of anticipated insurgent activity, a strategy was devised to carry out particular operations in the region. We are sorry for the event and the consequences. Accident fatalities are being examined at a high level, and legal action will be taken if necessary. Simultaneously, he claimed, "The security forces were seriously injured, and one of them died as a result of the incident.'

It may be recalled that the vehicles of the security forces were set on fire by the villagers who were angry over the death of civilians due to firing in the area. On the other hand, Nagaland CM Nefio Rio and Home Minister Amit Shah have also expressed grief over the issue.  Shah tweeted that he was deeply saddened by the unfortunate incident of Oting in Nagaland. My deepest condolences to the families of those who have lost their lives. The High-Level SIT constituted by the State Government will conduct a thorough investigation into the incident so as to ensure justice to the affected families. Meghalaya CM Konrad Sangma has also expressed grief over the entire issue. In a tweet, he wrote: "Deeply saddened by the unfortunate death of persons in the firing incident in Oting, Nagaland. My deepest condolences to the bereaved families. I pray for the speedy recovery of the injured and restoration of peace.