CHENNAI:  In a bid to cut down on claims litigation expenses and individual policyholder complaints, Government-owned National Insurance Company Ltd. has decided to employ an Internal Ombudsman.

The Internal Ombudsman will handle all complaints involving quantum disputes resulting from claims, said the company.

The Internal Ombudsman must improve the grievance resolution process, lower the number of complaints made to the Insurance Ombudsman, and prevent legal action in judicial and quasi-judicial venues. According to the plan, policyholders can file complaints with the Internal Ombudsman directly or have the National Insurance refer them.
Currently, a disgruntled individual policyholder can file a complaint with the Insurance Ombudsman after using the insurers' internal grievance redressal process to no avail.

The National Insurance, however, seeks retired general managers or their equivalents from any general insurance company or insurance regulatory body other from its own.

The appointment is of a strictly contractual nature and is for a set period of time, not to exceed five years and not to be shorter than three years.

According to National Insurance, a combined fee of Rs. 1,000 will be paid for each case. In unusual or high-value instances, an extra fee that cannot exceed Rs. 5,000 may be considered by the General Manager at Head Office based on the merits and complexity of the case. The travel expenditures and other costs for visits to regional offices will be covered as allowed by the general manager of the business.

It should be highlighted that the Internal Ombudsman will have administrative support to help him with day-to-day tasks, i.e., a permanent post run by a temporary employee.

What to Watch out for from RBI MPC's upcoming meet 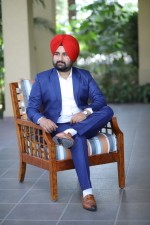