Netaji, who cried bitterly if he could not get a ticket, lodged a FIR 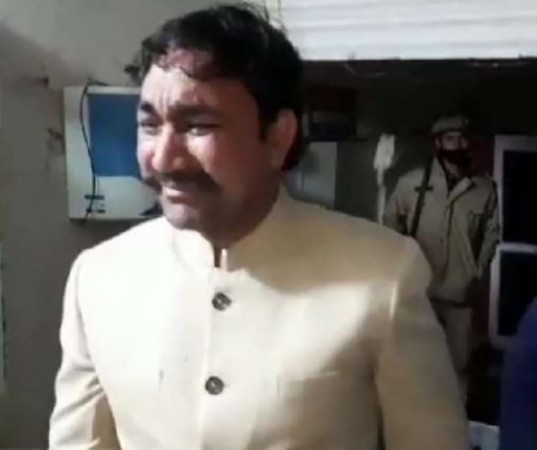 Muzaffarnagar: In the Uttar Pradesh assembly elections, now the battle for tickets has started. Bahujan Samaj Party leader Arshad Rana's pain broke out in the city Kotwali here after being cut from Charthawal seat of Muzaffarnagar district. Weeping bitterly before the police, he alleged that a senior party leader was given Rs 67 lakh for a ticket two years ago, but he was cut off his ticket. His money was also not returned.

#WATCH | Uttar Pradesh: BSP worker Arshad Rana bitterly cries claiming that he was promised a ticket in UP election only to be denied ticket at the last moment despite putting up hoardings for the upcoming polls pic.twitter.com/DMe8mDHk2J