TOKYO: Due to illness, defending champion Naomi Osaka withdrew from the Toray Pan Pacific Open before her match against Beatriz Haddad Maia in the second round.  Haddad Maia won a walkover and will play No. 4 seed Veronika Kudermetova in the quarterfinals. Kudermetova defeated qualifier Fernanda Contreras Gomez 6-0, 6-1 in just 56 minutes.

Osaka issued a statement apologising profusely for being unable to compete today.

It's a privilege to be able to compete at the Toray Pan Pacific Open in front of the incredible Japanese fans. I wish I could have played today, but my body won't let me. This event has been and always will be precious to me. I appreciate all of your help this week, and I'll see you again in a year. The former No. 1 reached the second round this year after Daria Saville was forced to retire in the first round due to a knee injury, having won the tournament in 2019 when it was temporarily held in Osaka.

The withdrawal of Osaka was a difficult development for the four-time champion. After an injury-riddled season, Osaka told media before the competition that she felt healthy and fit again. Osaka told reporters prior to the competition, "I think the year hasn't been the ideal year for me, but I think overall I've learned a lot about myself.

I'm glad to be well since when I got hurt in Europe, it was the first time it took me so long to recover.
I believe that there are ups and downs in life, and this one was more down than up, but generally I'm content with my current situation. 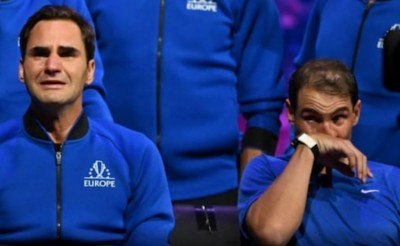