Pic Viral: Jr NTR was spotted driving to the sets in his new Lamborghini Urus Telugu actor Jr NTR is the first Indian to buy a Lamborghini Urus Graphite Capsule, as we all know. This luxurious automobile with a high price tag was just released in the nation. Jr NTR has finally gotten his hands on the new beast. In Hyderabad, he was seen driving his new automobile to the sets. He was also photographed posing with the ebony beauty, and the photo has since gone viral.

Jr NTR recently completed RRR's last shoot in Ukraine. He has returned to Hyderabad and is now filming a quiz show that is being known as the Telugu version of Kaun Banega Crorepati. RRR is a fictional retelling of the lives of two Indian independence warriors, played by Jr NTR and Ram Charan, respectively.

''I am confident that India will qualify for semi-finals of the T20 World Cup'': Dinesh Karthik 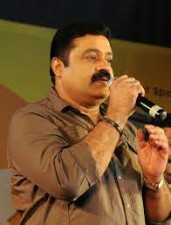