Bride waiting for groom, police returned procession on way back 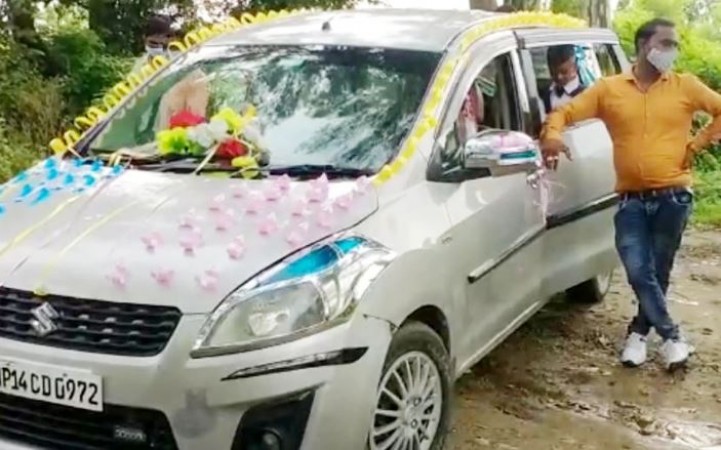 Dehradun: Police stopped the groom from going to Uttarakhand to pick up the bride from Pilibhit district of UP at the border. After investigating the police, the entire procession, including the groom, was denied entry into the state. When the girl's people came to know about this, they reached the border. When the police explained the whole thing to them, they too remained calm. The police have now asked to bring the procession again for 14 days.

At the same time, a corona examination of the groom was done first. When the groom's report came out, everyone was stunned. Leave the procession here, only the groom turned out to be corona infected. The other procession people were surprised to see this report. When the other processions in the car with the groom came to know about this, they also lost their sweat. Most of the people withdrew from there only after hearing the name of Corona. Thereafter, the police asked the groom to return and also said that after 14 days when the report comes negative, only then entry will be given in Uttarakhand.