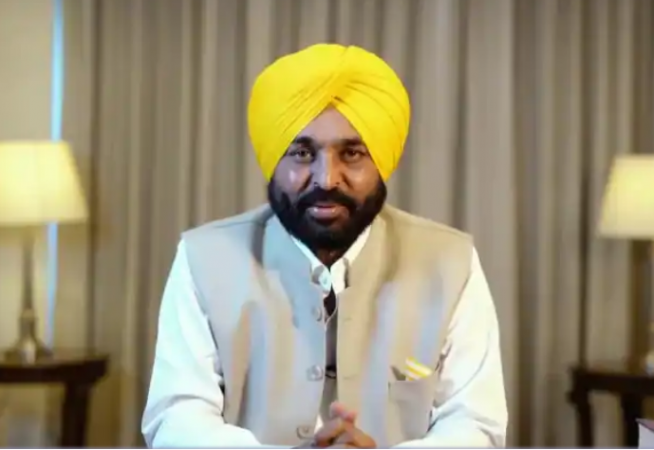 Amritsar: The Punjab Police has resorted to baton charges on the workers' union members and farmers protesting against the Bhagwant Mann government in the Sangrur. According to the report, the union members and farmers were marching toward the residence of Punjab CM Bhagwant Mann, protesting for their demands. Before they could reach the CM's residence, the police attacked them. Some laborers were injured in the incident. Let us know that the protesting farmers and laborers have made many demands from the government.

The protesters are demanding permanent employment, an increase in minimum daily wages, and plots for living and building houses. Protesters say they do not get daily wages for MGNREGA and farm work. The people of the labor organization are sitting on a protest in front of the gate of the colony housing the CM. According to the report, the people of the trade union first gathered at Patiala bypass, then started moving towards the CM's residence, where a large number of a police force was already deployed. The police tried to stop them, during which there was a fierce scuffle between the two sides. After this, the police started using lathis, due to which many laborers and farmers were injured. SSP Sangrur Surinder Lamba said that there was no lathi charge and the protest was going on peacefully. However, in the video that has surfaced, the Punjab Police is clearly seen showering lathis on farmers and laborers.

He said that there was a scuffle with an aggressive group of protesters, but the police controlled the situation. He said that the administration has taken cognizance of the demands of the protesters. Let us know that in the farmers' movement against the agricultural laws in 2020-21, the AAP government of Delhi supported the protesters. But today, when the farmers and laborers of same Punjab have reached out to the same AAP government with their demands, they are being welcomed with sticks. At the same time, Punjab CM Bhagwant Mann is seeking votes for AAP candidates for the assembly elections in Gujarat. According to the report, security has been beefed up outside CM Mann's Sangrur residence.