Holi festival is being celebrated with great pomp across the country, but due to Corona this year, many rules have to be followed. While congratulating Holi on His Holiness like PM Holi, the Prime Minister of India has also said that all the countrymen should play safe Holi.

Congratulating Holi, the President of the Congress Party has tweeted, Congratulations to all of you on the festival of Holi in all colors of our country's diversity. Follow the Corona Guidelines - Be safe.

US Vice President Kamala Harris greets the people of India in a tweet on the occasion of Holi festival. She has tweeted: "Happy Holi! Holi is known for vibrant colors that are poured on friends and loved ones. Full of joy, Holi is a festival of positivity, which separates our differences, and binds us all into one bond."

Happy Holi! Holi is best known for vibrant colors that are tossed at friends and loved ones. Full of joy, Holi is all about positivity, setting aside our differences, and coming together. A message that?s been embodied by communities across the world during these tough times.

PM Modi and many leaders greet nation 'Festival of Colours'

In the second year also, the Government of Andhra Pradesh brought as a Budget Ordinance 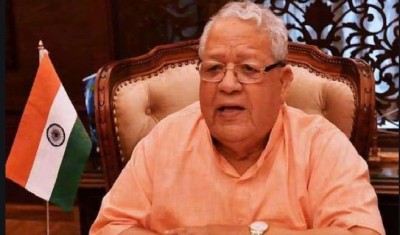