Ravana of Ramayana came in support of Ram and Lakshman 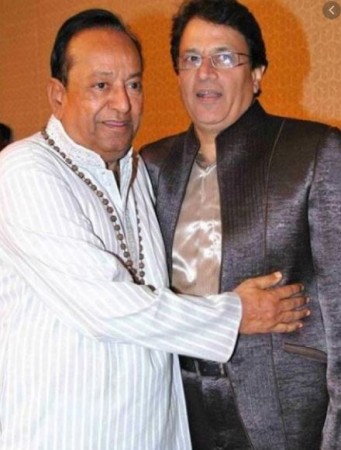 In an interview some time ago, Arun Govil expressed grief that he was not given any honour by the government for playing the role of Ram in his career. Various things are being talked about in social media on this. Someone is saying that he should get respect, then some is saying that he is an honour in himself. But the matter has not stopped here. Now more people from the cast of Ramayana have started demanding for the award, while he is also getting a lot of support from fans."

These pictures of Sunil Lahiri rocked the internet

Arvind said in a tweet that- If you agree that @ arungovil12 and @LahriSunil Ji should get the award for acting so well, then help trend it. Sunil Lahiri also came in support of Arvind shortly after Arvind posted this tweet. He said- Arvind Trivedi Ji should also be honoured for playing the role of Ravana and for his contribution to the Indian cinema world. Since then people on social media have come in support of the entire star cast. A man wrote don't forget about her. She should also be rewarded. One wrote that the entire Ramayana cast was amazing and the entire cast should be awarded. One wrote that the time has come for the entire Ramayana to be awarded the Bharat Ratna.

Ramanand Sagar's Ramayana is being telecast again on Doordarshan. On this occasion, everyone is able to enjoy it once again. Ramayana is not just a serial. The sentiments of all the citizens are related to this. The huge demand to honour the cast of the serial has started to rise on social media, will the government take a decision on it in future?