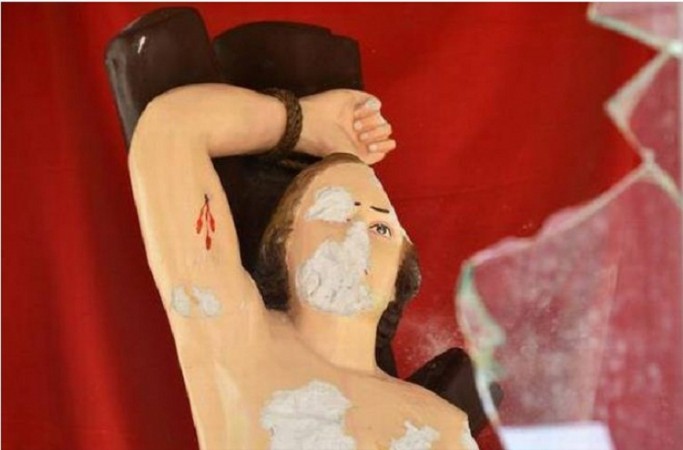 According to church priest, the incident occurred shortly after 10 p.m. Two men approached the church's entrance on a two-wheeler, and one of them scaled the gate. With a brick, the intruder shattered the glass plane of the shrine within the church compound and then vandalised the statue.

The police opened an investigation into two unidentified men following a complaint lodged by Fr. Bastin Joseph, the church's assistant vicar. Though the church is located near the busy Ramanathapuram junction in the city, there was little vehicular and pedestrian traffic on Sunday due to the total lockdown.

The police stated that they had gathered several surveillance camera images from the area and were searching for the two men. The Holy Trinity Church is part of the Syro-Malabar Catholic Church's Ramanathapuram eparchy in Kerala.