Kochi: Bharatiya Janata Party Pravadsambit Patra has attacked opposition parties over the fast-growing corona cases in Kerala. Talking to the media, Sambit Patra said that appeasement is responsible for the rise in corona cases in Kerala. He further said that when corona cases were on the rise in the country, Congress MP Rahul Gandhi was demanding a special session of Parliament and when parliament session is going on, Rahul Gandhi is not willing to discuss any issue.

Sambit Patra said the opposition should never forget that the people are watching everything. What is the party doing in Parliament the public now sees it live. Sambit Patra further said that today more than 50 percent of corona cases are coming from Kerala. Today, looking at the figures, 22,000 cases have come up in a day within Kerala.

Patra said newspapers have written on the increasing number of cases in Kerala that it appears to be a new wave and not the second wave of the corona. It's a matter of great seriousness and concern. Who is responsible for this? Kerala has reported the highest number of cases since June 6. There has been a government lapse somewhere in Kerala, which is increasing the cases of corona. Kerala currently has 33 lakh, corona patients.

Chinese nationals shot in a gun attack in Pakistan's Karachi 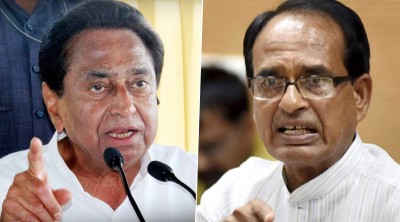