Shimla: Since the hearing of the Gyanvapi case began, suddenly the cases of rhetoric and insults against Hindu gods and goddesses have increased on social media. One such incident has come to the fore from Paonta Sahib in Himachal Pradesh's Sirmaur district, where radical Muslims made derogatory comments on social media regarding Shivling, leading to tension in the area. 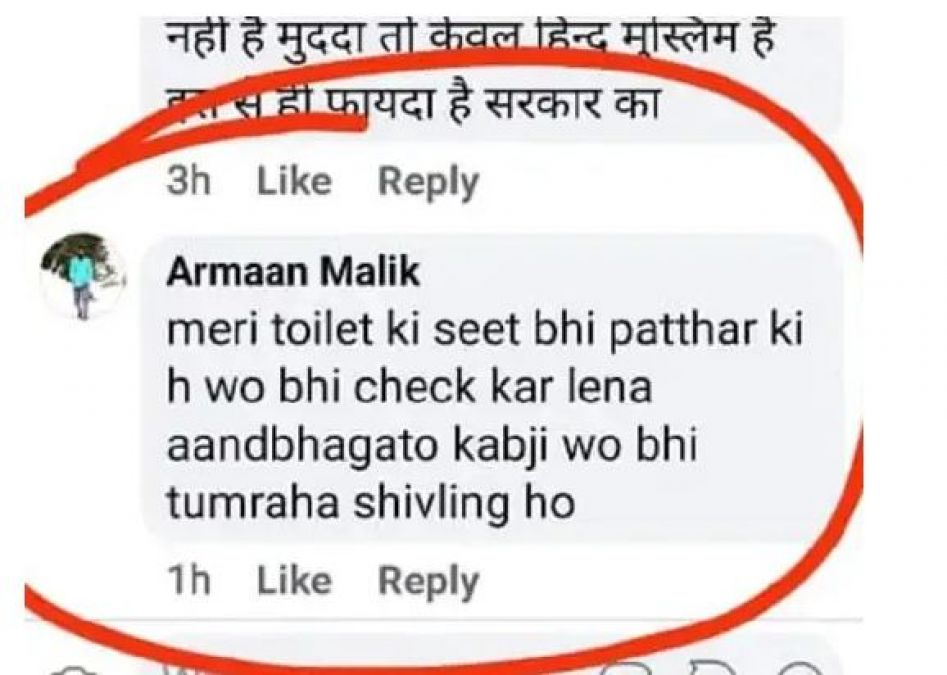 Seeing the situation becoming uncontrollable, all the senior officers including DCP and SP of the district reached the spot and tried to convince the people. Later, somehow the matter could be pacified. However, a large number of police forces have been deployed in the area. Meanwhile, Himachal Pradesh cabinet minister and local MLA Sukhram Chaudhary, while linking this matter to Gyanvapi, claimed that some people have made indecent remarks on Lord Shiva in Paonta due to the Gyanvapi controversy. This is a conspiracy to increase Hindu-Muslim tension. At the same time, former BJP state president Dr Rajeev Bindal has said that Hindus will not tolerate insult to deities.

Let us tell you that a Muslim youth named Armaan Malik had put a post on Facebook hurting the sentiments of Hindus. It is said that he is a resident of Majra. While the second accused is Naseem Naaz. He shared this post. It is being claimed that Naseem Naaz is the president of BJP's minority march.