New Delhi: Gujarat Titans opener Shubman Gill scored an unbeaten 63 off 49 balls in the match against Lucknow Super Giants (LSG) on Tuesday. During this he hit seven fours. Gill scored runs at a strike rate of 128.27, for which he was also heavily trolled. Not only the best scorer of the match, Shubman, who was trolled for slow batting, was also given the Man of the Match award. 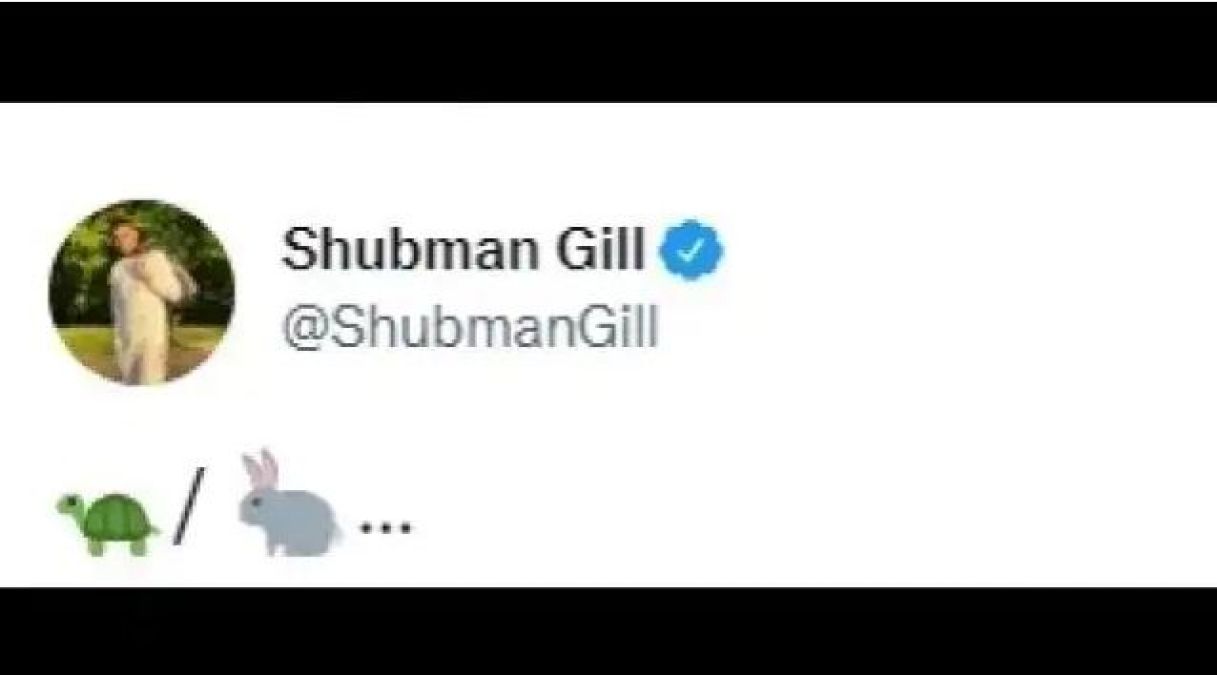 Actually, scoring runs at the Maharashtra Cricket Association Stadium in Pune proved to be very difficult for all the batsmen. After the match, Shubhanam has responded to all the trolls with one of his tweets. Batting first, GT scored 144 for four in 20 overs. Rahul Teotia scored 22 runs in 16 balls. A news website shared a troll article on Twitter about Shubman's slow batting. While sharing this article, Shubman reminded everyone of this story by sharing the emoji of turtle and rabbit. In which the slow tortoise finally wins the race with the hare.

GT made it to the playoffs with a 62-run win against LSG. Shubman Gill may not have been in form in the initial matches, but seems to be in good touch from the last few innings. Till now Gill has scored 384 runs in 12 innings of 12 matches. Gill has now joined the top four batsmen in the race for the Orange Cap.