Sonam Kapoor is in quarantine with her husband 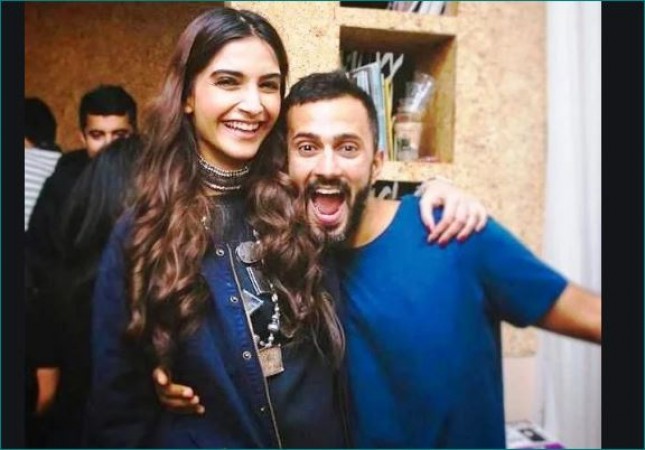 Bollywood actress Sonam Kapoor stays in discussions about her rough statement. They are seen in discussions on the day they come, sometimes with their photos and sometimes with their statements. In such a situation, Sonam is spending quality family time with her husband Anand Ahuja. Sonam uses social media to stay connected with her fans. Now recently, Sonam Kapoor has made such a disclosure, that you will also be surprised to hear. In fact, Sonam Kapoor says that despite being with her husband, she rarely sees them.

Not only this but he has also given the reason behind this. Recently, Sonam Kapoor said in a conversation with Film Fair- 'I like that they come every two hours from where they are working ... They are usually in the next room So that I can get my space .. Every two hours, they come and say hi to me. We have lunch together. With this, Sonam further said, 'We both don't see each other much, while we can do it because they are outside and I am sitting in my bedroom. We do not see each other much during the day. He has his own work space but we get a chance to spend more time with each other. Like we have breakfast together and have lunch. He has to start work at 8 am, so he get up at 5 am.

Let us also tell you that Sonam Kapoor has been in quarantine with husband Anand Ahuja for a long time. Yes, now if we talk about work, then these days Sonam does not have information about the existence of any film.