Steve Smith with his captaincy century knock against England. Steve Smith and Mitchell Marsh stonewalled England’s attempts at a breakthrough wicket in the becalmed fourth Ashes Test on Saturday’s final day. The pair batted through the middle session adding just 47 runs to edge closer to a Test draw but holding only a 61-run lead. At tea, Smith was advancing on his 23rd Test century on 87 in 361 minutes with Marsh not out 10 in Australia’s 225 for four. Only a minimum of 37 overs were left to play as the Melbourne Test entered the final session on a moribund batting pitch. Steve Smith who score his 23rd Test century after facing 259 balls

Smith has led the Australian salvage operation in his 228-ball vigil after losing batting partners David Warner and Shaun Marsh before lunch. After two painstaking hours of slow scoring, the tourists grabbed the wickets of Warner and Marsh in the final half-hour to raise hopes of their first win in an already-decided series. Warner had looked set for his 22nd Test hundred and second century of the Test match before he attempted to slog the second ball of Joe Root’s first over. 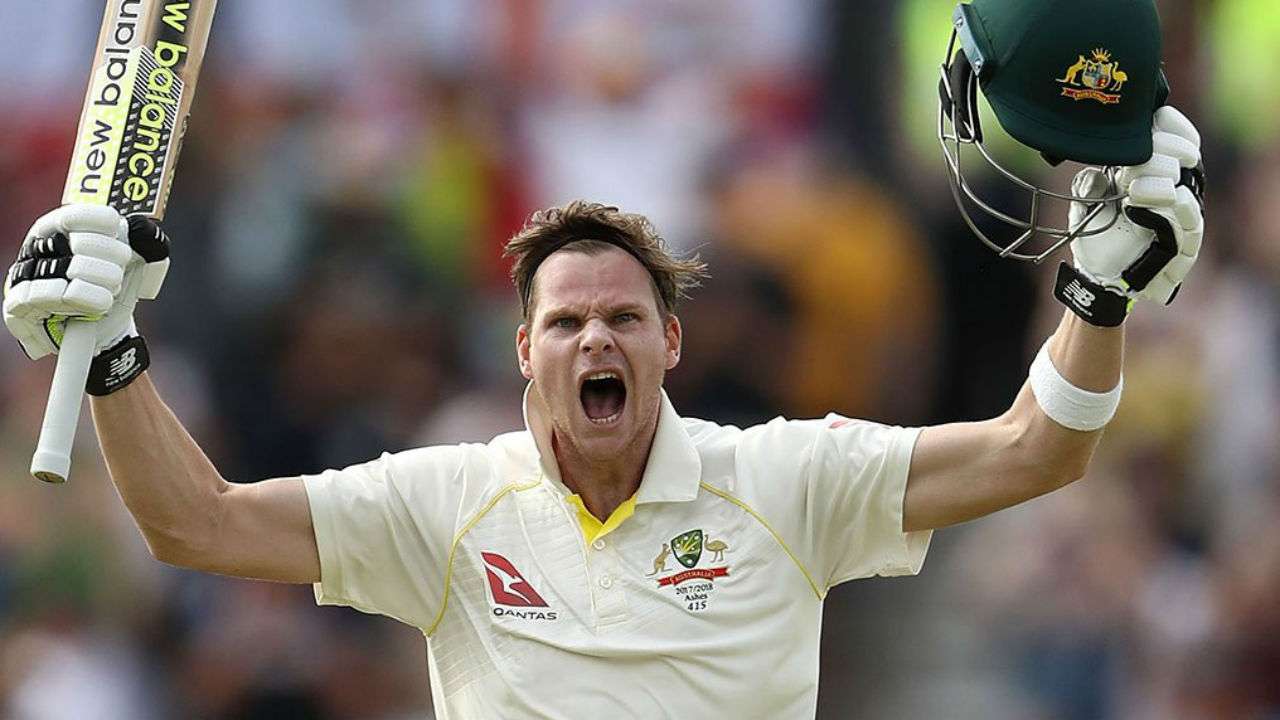 The ball, pitched into the foot marks, skewed into the air and James Vince took a comfortable catch in the covers to give Root the perfect gift on his 27th birthday. Warner dropped his head realising he had botched a golden chance to claim his Test twin centuries for a fourth time in his career.