Ukraine: Since the first day of hostilities between Ukraine and Russia in February last year, many experts have been speculating about the escalation of hostilities and the involvement of other countries in the conflict.

Undoubtedly, the United States is one of the nations that is most opposed to the actions of Vladimir Putin.

They are two nuclear-capable nations that have the potential to start a war that would result in the loss of billions of lives for the entire planet.

An investigation by climatologists from Rutgers University in New Jersey supports this view.

He predicted that the use of nuclear weapons would have catastrophic consequences, resulting in the death of millions of people as well as millions of others.

According to experts, Russia vs USA nuclear war will result in the death of more than five billion people worldwide.

What would happen if Russia and the US launched nuclear weapons?

The study presents six scenarios, each with a different outcome depending on the nuclear capability of the contributing countries. Other countries have also been suggested as possible causes of nuclear conflict.

For example, climatologists predict that Pakistan and India will play major roles in the other five scenarios, despite the fact that their impact will be far less severe than those ruled by Joe Biden and Vladimir Putin.

It should come as no surprise that a war between the United States and Russia would be the worst for the planet.

In the next three to four years, the production of food calories will decrease by 90%, with the mid- and high-latitude regions particularly affected.

This will result in supply shortages in places such as the Middle East and Africa.

According to the study, which is led by Lily Xia, the famine will affect 75% of the world's population.

Additionally, it suggests that maize, wheat, rice and soy will be the crops most affected, while grazing and fishing grounds will be depleted.

Finally, Xia described the effects such a war would have on the planet in the journal Nature Food.

We must understand how such a scenario would affect food production as heat in the stratosphere would destroy the ozone layer, increasing ultraviolet radiation to the surface. 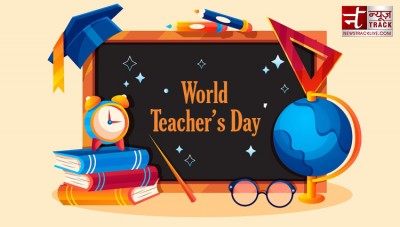 Dubai's Hindus will get a big gift on Mahanavami, first grand temple to be inaugurated

In a joint operation, a top Al-Shabab leader was killed.

After a divisive Brazilian election, Bolsonaro and Lula will face off