MNS asks artists to contact party if they face nepotism 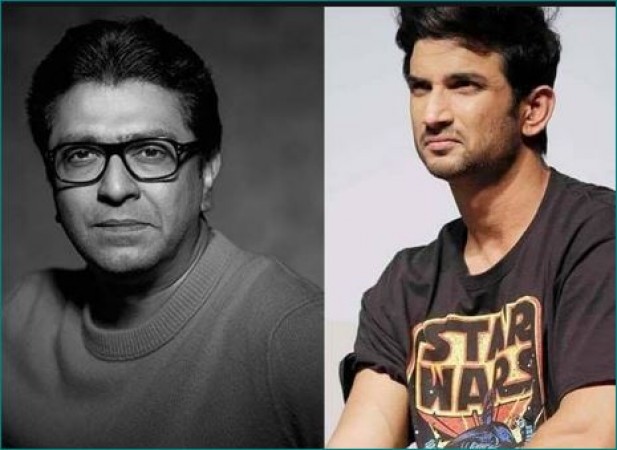 After the suicide of Sushant Singh Rajput in Bollywood these days, there is a debate about nepotism. In such a situation, you must have seen that since the death of Sushant, many cases are coming about nepotism. Now recently, a statement has also come from Raj Thackeray's party MNS. It is being said that the Maharashtra Navnirman Sena will teach a lesson to those who promote nepotism.

Let us tell you that during a conversation with a website, Maharashtra Vice President Vagish Saraswat has said that 'Mumbai Police is investigating this entire matter in the right direction. The police should question everyone about nepotism. Apart from this, he also said that if someone in the film industry is being harassed or harassed, if a gang is not allowing any artist to work, then that artist should contact MNS. Raj Thackeray's party will teach tough lessons to those who commit nepotism. If you remember, before this, Shiv Sena leader Sanjay Raut wrote an article in the Sena mouthpiece Saamana regarding this matter. It was said in that vessel that 'the celebration of Sushant's death is celebrated. It has been almost a month since Sushant's death. But everyone's focus is on Sushant's death.

Raising questions in that letter, he had made his point and said that, what is still to be discovered in Sushant case. It has become clear that his mental state was not well. After this incident, the music industry and nepotism took off. What is left now? In this way, you will be seeing constant news about Sushant, which is shocking.