DUBAI: The legendary wicketkeeper Adam Gilchrist has sided with Rishabh Pant, saying that the southpaw should unquestionably be included in the playing eleven, a day after former Australia captain Ricky Ponting suggested that India should look to field both Dinesh Karthik and Rishabh Pant in their T20I playing eleven.

There has been much discussion on who, between Karthik and Pant, should open the innings for India in the ICC Men's T20 World Cup, which begins next month in Australia. While Pant's left-handed angle in the top six cannot be disregarded, despite his T20I record not being very good, right-handed Karthik can brag about being a specialist finisher in the game's shortest format.

"The bravery and daring of Rishabh Pant, as well as the way he confronts bowling attacks. He must, in my opinion, be a part of that Indian starting lineup. They can play together, but Rishabh Pant must be included, in my opinion "ICC cited Gilchrist as saying.

Karthik was chosen over Pant to start India's opening match against Pakistan in the 2022 Asia Cup. All-rounder Hardik Pandya was rested for the following game against Hong Kong, therefore Pant was added to the starting lineup. Before being omitted from the starting lineup for the opening T20I against Australia in Mohali, Pant participated in Super Four matches against Pakistan, Sri Lanka, and Afghanistan.

Gilchrist supported Pant as India's only choice for wicketkeeping, but he also mentioned that he loved Karthik's "versatility" and his exceptional finishing abilities. "To see if they can both play for the same team will be interesting. I believe they can. What they bring to a squad is Dinesh Karthik's versatility; he can bat at the top of the order, in the middle, and in the late innings to finish, as he has more frequently done in his career. He plays the touch game exceptionally well." In an earlier interview with the ICC Review Show, Ponting expressed support for the idea of combining Pant and Karthik to improve India's batting strength. "I truly believe that both of these players are on India's finest team (Karthik and Pant). Whether or whether they are both keepers doesn't matter; I believe their hitting prowess is sufficient. Dinesh as the finisher and Rishabh in the middle order both strike me as quite dangerous." Later, Ponting stated that Pant, 24, has an advantage over Karthik, 37, because he is probably going to be given more opportunities in the Indian setup. Ponting, who was the head coach of the Delhi Capitals in the IPL when the left-hander was the skipper, has had a close-up view of Pant.

"Look, I just think Rishabh might get a little bit more opportunity than Dinesh does, so I'm going to favour him." 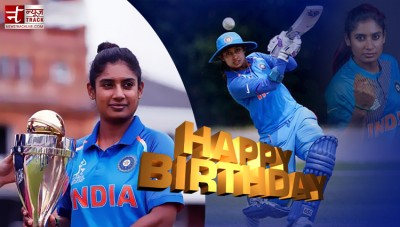