One of the most loved Bahuballi fame actresses Tamannah in a recent interview opened up on her failures in her career.  Speaking about Lows in career the actress said,  “When it comes to dealing with the highs and lows of my career, I have had immense support from my family. They have always grounded me in my vulnerable moments. And reminded me that none of these things are permanent.”

Speaking about the success she gets the actress further added,  “You can’t afford to take it for granted, be it a success or a failure, it is important to remember that it is not your personal failure or success. As an actor, I always disassociate with the fact, and think it is not a personal failure for me, and it has really helped me deal with it a lot better.”

The actress also speaks about how she even did not compare her with her past success, she added “It’s that one-one run that is important…. That’s what I’ve tried to do in my career. I have never tried to beat myself down if things have not gone well. In the end, it is sort of a calculated gamble You have to believe and follow the conviction of filmmaking, and there are so many other factors to filmmaking. There are so many variables involved in it. So, you can’t beat yourself down”.

The actress also admits that sometimes she feels low. She added, “I always try to detach myself from it. But I am not a superhuman. I have my moments of feeling terrible and feeling miserable. But I think the idea is to feel that way and then feel it completely and then get over that fear.” 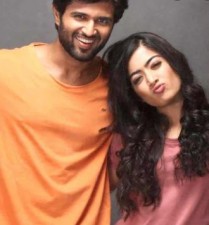