Punch's Camo version has been released in the Indian market by Tata Motors. To commemorate the Punch's first birthday, the new Camo version has been released. There will be two versions available, and Tata will bundle accessory packs with each. Punch Camo edition costs as little as 6.85 lakh rupees (ex-showroom) and as much as 8.63 lakh rupees (ex-showroom).

The Tata Punch Camo edition differs from the standard Punch only in appearance. The outside of the SUV is painted Foliage Green. The roof can also be completed in either Piano Black or Pristine White thanks to the dual-tone option. On the fenders, Tata Motors has also put CAMO badging. Additionally, there are 16-inch diamond-cut alloy wheels in charcoal. Tata also sells LED taillamps, fog lamps, and daytime running lights.

The Camo edition's inside is painted a distinctive military green. A camouflage pattern that matches the exterior green is applied to the seat fabric. A 7-inch touchscreen infotainment system from Harman is available and does support Android Auto and Apple CarPlay in terms of functions. A 6-speaker system is already linked to it. A reverse parking camera is also available to assist the driver in parking the car in confined places. In addition, the vehicle has cruise control and an engine start/stop button.

Tata Motors only offers one engine choice for the Punch. It has a three-cylinder, 1.2-liter Revotron engine. The maximum power output is 86 PS, and the maximum torque is 113 Nm. It can be connected to a 5-speed manual or 5-speed automatic transmission.

The Global NCAP crash test rating for the Tata Punch is five stars. Tata sold 12,006 units in August 2022, which is the most units company has ever sold of the Punch. According to rumours, Tata Motors is also developing an electric Punch. 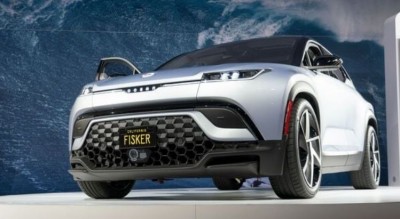