Amravati: An incident was avoided in Andhra Pradesh. The ambulance was hit by a speeding train at a station in the Srikakulam district. But the good thing is that nothing happened to anyone in this collision. The incident took place near Palasa railway station in Srikakulam on Saturday. In this incident, the ambulance completely flew the trials. 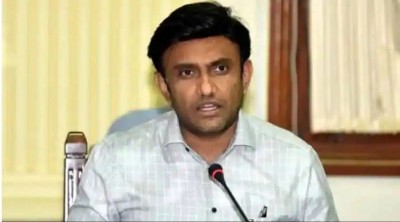