One of the most popular of television industry jhalak dikhlaja10 i grabbing all the Limelight due to the contestants in the pattern of the show. It consists of some popular celebrities who have turned into contestants and are entertaining the judges and audience with their performances every weekend. As per a report Along with the existing talented contestants, Anu Malik’s daughter Ada Malik and Nishant Bhat will be new wildcard entrants to the show.

Speaking of Nishant Bhatt, He has been on the show as a choreographer of the celebrities who used to perform on the show and now he would be participating as a contestant on the show, He became quite highlighted for choreography with Ankita Lokhande in Jhalak Dikhhla Jaa 4 and Saath Nibhaana Saathiya fame Gia Manek in Jhalak Dikhhla Jaa season 5. He has also participated in the reality show Bigg Boss OTT as a contestant and went on to do reality shows Bigg Boss 15 and Khatron Ke Khiladi 12, hosted by Rohit Shetty. He is all se for Jhalak Dikhlaja10. Speaking of Ada Malik, She is the daughter of music composer Anu Mali. She is a fashion designer by profession and it will be interesting to see her participate in the dance reality show.

Speaking of Jhalak Diklaja 10 the show has had nine successful seasons. The last one was a telecast from 2016 to 2017, and now the current season is breaking all TRP records. 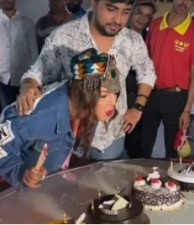