calls and internet of Airtel customers have become costlier from today. The company had announced to make its prepaid plan costlier 4 days ago. All the 12 prepaid plans of the company have become costlier from today. Customers may now have to spend a minimum of Rs.20 and maximum Rs.501 more for recharge. vodafone-idea also new prices have been introduced on the old plan. The plans and prices of both the companies are largely the same.

Airtel has over 35 crore subscribers and vodafone-idea has more than 27 crore subscribers across the country. Both the companies have changed the prices of tariff plans to increase the user on average revenue.  So let's first tell you through graphics how much more airtel and VI customers will now have to spend more to recharge. 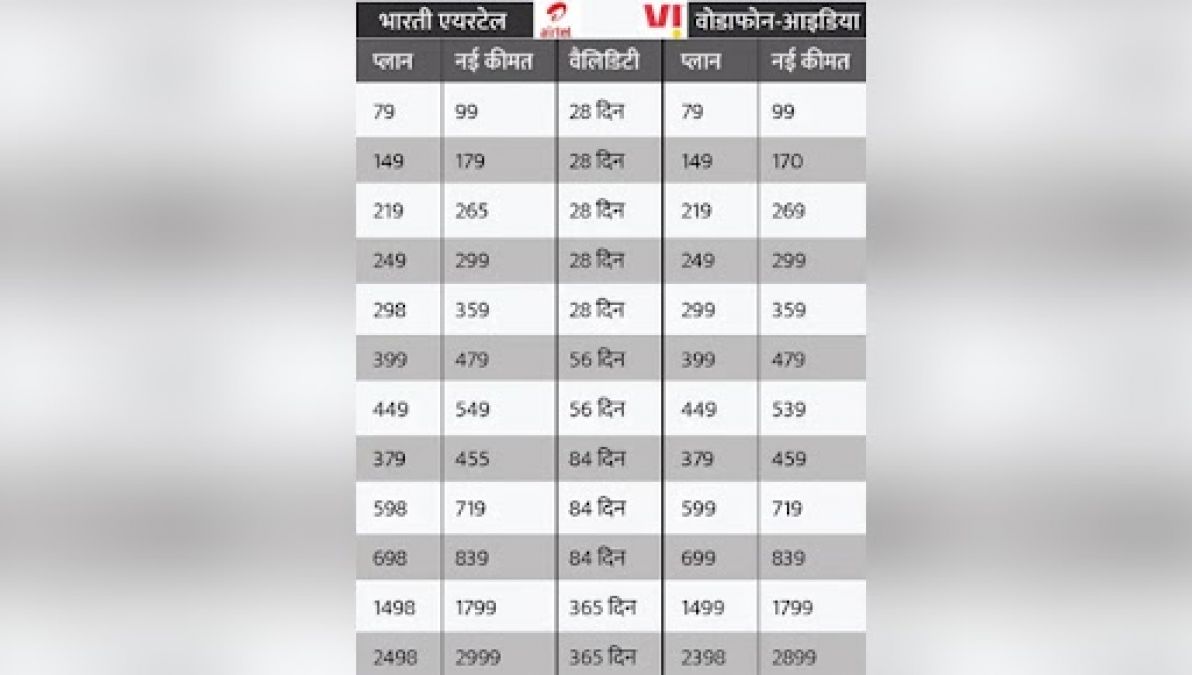 First reason: Indian airtel and VI India are in debt. Airtel had a debt of Rs 93.40,000 crore till March 2021. On the other hand, vodafone-idea had a debt of Rs 1.90 lakh crore till the June quarter. These loans also have other loans including adjusted gross revenue (AGR). The Supreme Court has given 10 years time to all telecom companies to clear their dues in the AGR case. Airtel has raised 21,000 crore rupees through a rights issue in October. Vodafone is planning to raise 20,000 crore rupees since last year but is yet to get an investor. 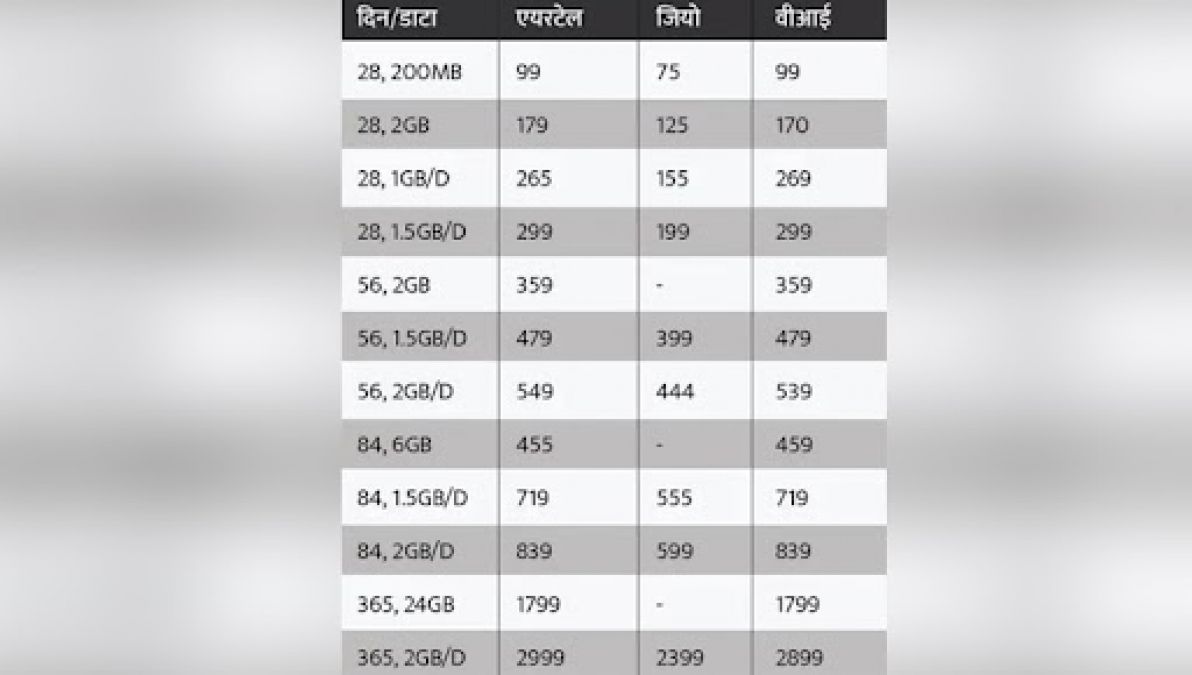 Comparing the prepaid plans of the three companies, Reliance Jio is the best. After 25th November, the plans of VI India and Bharti airtel will be almost the same. The cheapest plan is rs 24 cheaper jio than Airtel and VI. On the other hand, jio is cheaper than both the companies by Rs 500 to Rs 600 with an annual validity plan.