This heroic tale of Saipar Prakash Jadhav, who was awarded 'Kirti Chakra' posthumously New Delhi: In the first battalion of the Indian Army's Rashtriya Rifles, Engineer Corps Saper Prakash Jadhav has been awarded the Kirti Chakra for extraordinary bravery except to counter the enemy. The honour was received by Rani Prakash Jadhav, wife of Martyr Prakash Jadhav and mother Sharda Jadhav at a grand function held at Rashtrapati Bhavan. President Ram Nath Kovind conferred the second highest gallantry award of peace time on Martyr Prakash Jadhav. Tell us that Saipar Prakash Jadhav was martyred during an operation against terrorists in Jammu and Kashmir. 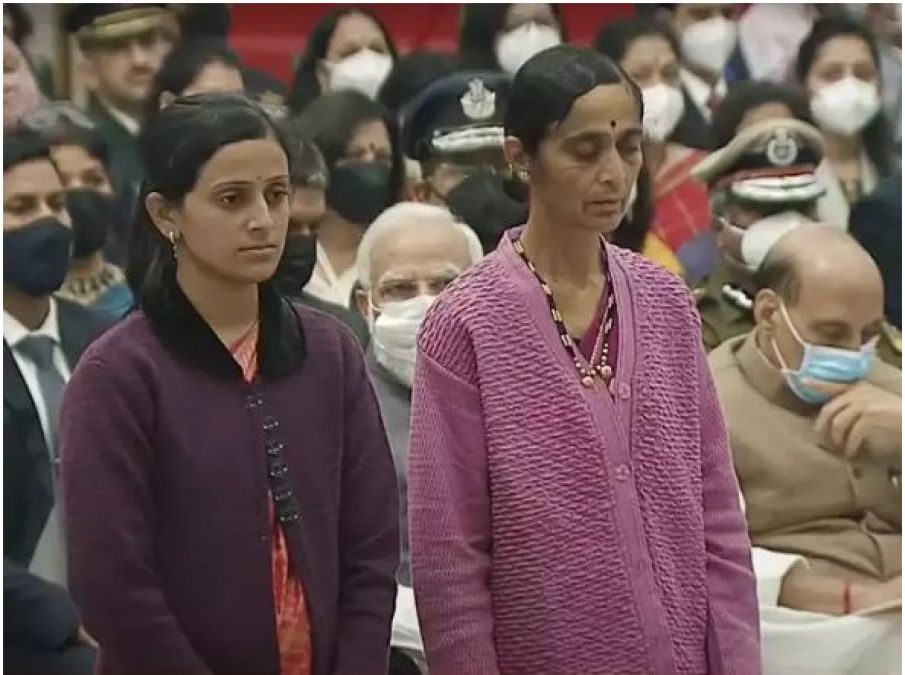 On November 27, 2018, a cordon and search operation was launched in Redbani Bala village of Anantnag district after reports of terrorists hiding. Leading the operation, Saipar Prakash Jadhav entered the house at 3.30 am with the help of defence shield along with his colleagues. The militants hiding inside saw the search team climbing the stairs and opened indiscriminate fire. Saipar Prakash Jadhav risked his life, sensing the danger of his colleagues. They pushed their partner back and killed a terrorist amid a barrage of gunfire by terrorists himself. Meanwhile, another terrorist threw a petrol bomb. Saipar Jadhav then instructed his accomplices to leave the house and started firing at the other terrorist himself, but by then Saipar Jadhav had also been shot.

Even with injuries, Saipar Jadhav opened fire on the other terrorist and dropped the weapon from his hand. Meanwhile, a petrol bomb fire had engulfed the entire house. The fire had taken such a severe turn that Saipar Jadhav could not get out. They played with their lives, saved their companions' lives, and were severely burnt to death in the blazing fire. Saiper Jadhav set an example of valour by sacrificing himself in the service of the country and giving preference to the lives of his companions in his life, which fills every Indian's chest with pride.

Will give a befitting reply: Rajnath Singh