Mumbai: Maharashtra Chief Minister Uddhav Thackeray has said that the BJP has cheated his innocent father and Shiv Sena founder Balasaheb Thackeray, so he is behaving smartly with the BJP. Not only this, Thackeray said that he cannot ignore the game being played by the BJP under the guise of Hindutva. Uddhav also attacked Maharashtra Navnirman Sena (MNS) chief Raj Thackeray. Uddhav said they do not pay attention to the new players of Hindutva. Without naming MNS, he said that the party is experimenting with new things to see if something works for them.

According to the report, while speaking at an event, Uddhav Thackeray accused the BJP of betraying Balasaheb Thackeray by being in alliance with the Shiv Sena. "It is alleged that this Shiv Sena is not the Shiv Sena of Balasaheb's time. That's correct. Balasaheb was gullible. "I have seen for myself how the BJP cheated Balasaheb from time to time. So I acted smartly with the BJP. I'm not a gullible spear. Balasaheb ignored the BJP's games played in the name of Hindutva, but I will not do that.''

Uddhav Thackeray said that Balasaheb had instilled Hindutva in his mind. Uddhav said that the Shiv Sena is a Hindutva party. When asked about Raj Thackeray, he said, "I don't pay attention to such players. "People know what kind of game such people play on which grounds. Sometimes they play the game of Marathi and sometimes they play the game of Hindutva. The people of Maharashtra have seen their games.''
1.5 crore people in Punjab will get flour sitting at home, Bhagwant Mann cabinet approves

Opposition's efforts in Presidential election may face setback, YSRCP and BJD will go with BJP.

Will Azam Khan's 'Eid' be celebrated in jail itself? Hearing on bail plea in Supreme Court today 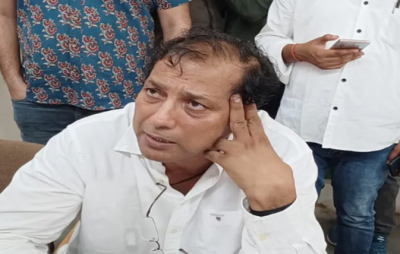