One of the most loved actors in South Industry Tamannah Bhatia’s gesture is winning the hearts of her Fans. Tamannah took off her shoes as she lit the ceremonial lamp on the opening night of the Indian Film Festival of Melbourne Awards (IFFM) 2022.

In the video, After Bollywood actress Taapsee Pannu lit a part of the lamp she called Tamannaah to do the same. The actor then took off her shoes and stepped forward to light the lamp. As a woman nearby appreciated her gesture, Tamannaah said, "It's just South Indian tradition." Tamannaah then lit the lamp barefoot. As soon as it catches the eyeballs of her fans. They started showering their love on them. At the event, Anurag Basu and Taapsee Pannu were also present. Tamannah wore an all-black ensemble with matching heels. Tamannaah opted for a green and black dress and heels.

A fan wrote, "Respect to culture." Another person commented, "This is what South has taught her…" "Wow, small things matter... great gesture by Tamannaah," read a comment. "She is showing her culture, the rich heritage of India, bless you Tamannaah," wrote another fan. These days Bollywood celebrities usually get trolled for different reasons meanwhile South Actors are winning the hearts of the audience by small gestures.

On the work front, Tamannaah will be seen next in Madhur Bhandarkar's upcoming film Babli Bouncer. The film is set to release on September 23 this year on Disney Hotstar in Hindi, Tamil, and Telugu. Produced by Star Studios and Junglee Pictures, Babli Bouncer also stars Saurabh Shukla, Abhishek Bajaj, and Sahil Vaid in pivotal roles. Adipurush Director Om Raut on criticism, I was not surprised because it’s not made for… 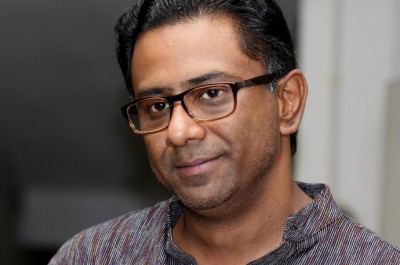 Rashmika Mandanna on Trolling for her Kissing Scene with Vijay Deveragonda, Cry myself to bed or wake up crying... Amid the Box-office clash of Godfather and the Ghost, Chiranjeevi said this for Nagarjuna