Vidit stops Carlsen in the draw 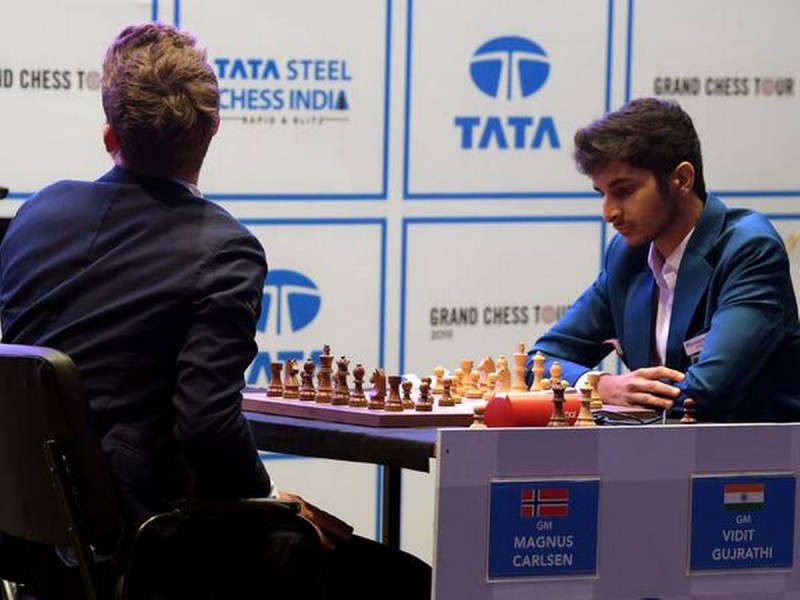 Indian Grandmaster Vidit Gujarati has held world number one, Magnus Carlsen, to a draw in the 11th round of the Tata Steel Masters chess tournament. With this, they have occupied the joint fourth position with 6 points. At the same time, R. Pragyananand has lost to American Fabiano Caruana and has moved up to joint 12th position with two other players. They have 3.5 points. Carlsen (7.5 points) has come in first place despite missing out on the win against Gujaratis.

Anish Giri suffered a defeat at the hands of his Jordan Van Forrest and has moved up to the third place, while Richard has moved up to second place in the current standings by winning over Rapport Daniel Dubov. At the same time, after coming covid positive, the Russian GM has been knocked out of the competition.

There are 2 more rounds left to be played in this tournament. In the 11th round, 18-year-old Arigassie drew against Erwin L'Amy of the Netherlands in a game of 23 moves. Arigasi compatriot Surya Shekhar Ganguly has held on to a draw with Women's International Master Polina Shuvalova. He has 5.5 points and is joint the sixth with three others.

Shah Rukh Khan returns to screen after a long time

Medvedev, who reached final, was fined for what, know what is the matter?