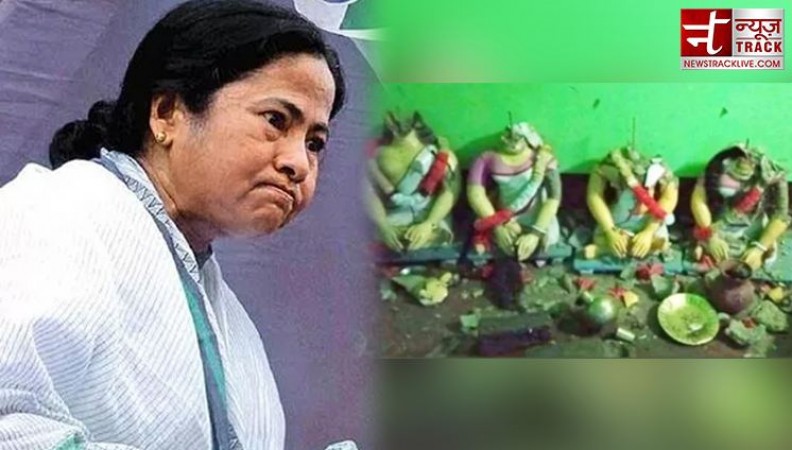 Kolkata: User @MrSinha_ received an email from social media platform Twitter on December 2, 2021 that they had received a complaint from the company against one of his posts on his handle. The email accused Sinha of violating the laws of the country and asked the Assistant Commissioner of Police (III), Kolkata to take action against Sinha. 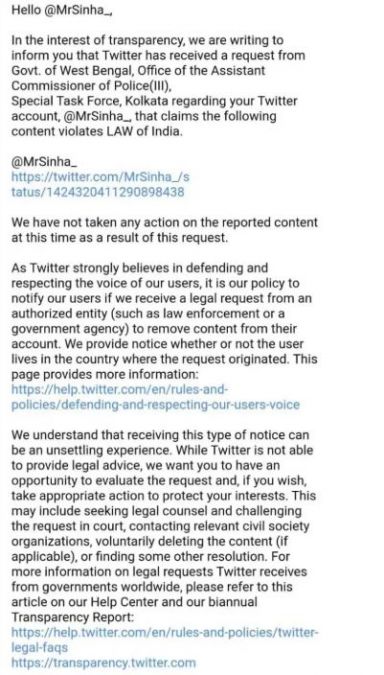 Twitter did not take any action in the matter, but it has informed Sinha to maintain transparency. This email was in standardized format. Twitter sends this type of email to everyone about whom it receives a complaint. Through email, Twitter has asked Sinha to consult his lawyer in appropriate action to protect his rights. Tell us that this complaint has been made against Sinha for his tweet which he made in August 2021. 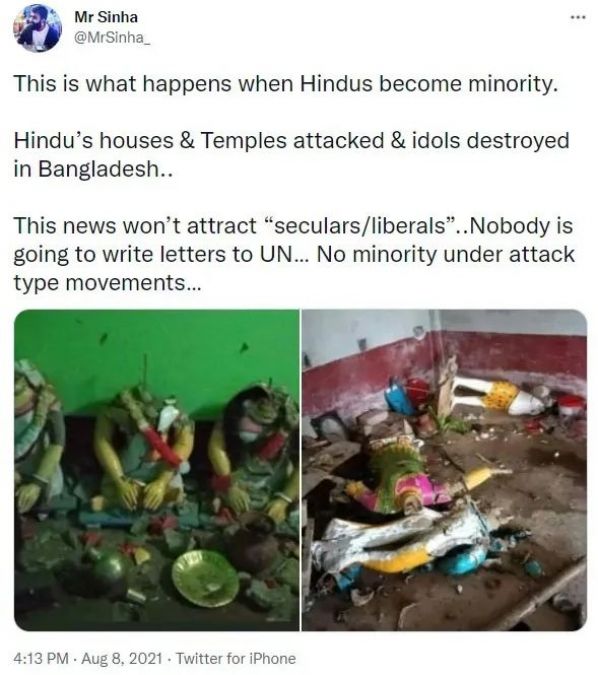 In fact, on August 8, 2021, Sinha posted two pictures on his Twitter handle, showing statues of Hindu gods and goddesses broken at a temple in Bangladesh. In it, he wrote, "This happens only when Hindus are minorities. Hindu houses and temples were attacked and statues demolished in Bangladesh. This news will not attract 'secular/liberals'. Nobody is going to write to the United Nations. Nor are there attacks on minorities as if campaigns will go on. '

The attack took place in Shiali village of Rupsha sub-district of Khulna district of Bangladesh after a dispute between Hindus and Muslims escalated. Media reports said, "The miscreants first attacked the Shiali Crematorium temple and demolished the idols of the temple. He then went to Shiali Purbapara and was also vandalised by a mob at Hari Temple, Durga Temple and Govinda Temple. Though the whole matter is shocking, it is not from India but of Bangladesh, but the West Bengal police are complaining about the hindus raising their voice in this regard.