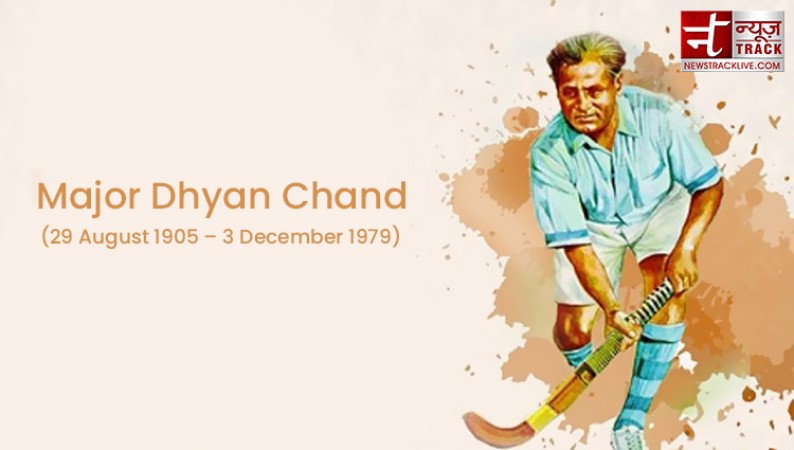 Major Dhyan Chand is a name that is revered across Indian sports history. The country's highest sports award has been named after him by the current Modi government. We're going to tell you a fascinating storey about this hockey wizard's life today, on the anniversary of his death. This was the time when Major Dhyan Chand's charismatic hockey playing enthralled the audience. If one of India's players was initially named with honour among the top hockey players in the world, it was Major Dhyan Chand.

In hockey, he is on par with Don Bradman in cricket, Pele in football, and Mohammad Ali in boxing. He was the only hockey player in India's history to win gold medals in three successive Olympics and to captain medal-winning teams in all three. The final hockey match between India and Germany was set for August 14, 1936, at the Berlin Olympics. Due to the constant rain, the match could not be played that day. However, such was the majority's excitement for the event that the stadium was still crowded the next day, on August 15th. Hitler, the German dictator, was also there at the moment. Major Dhyan Chand, without shoes, played barefoot on the damp ground of the ground and trounced Germany hard.

Dhyan Chand politely rejected Hitler's offer, stating that India is his homeland and that he values it above his life. He stated that he will play for India until the very last moment. Even when his offer was denied, a dictator like Hitler did not become enraged, and he bestowed the title of 'Hockey Wizard' on Major Dhyan Chand.