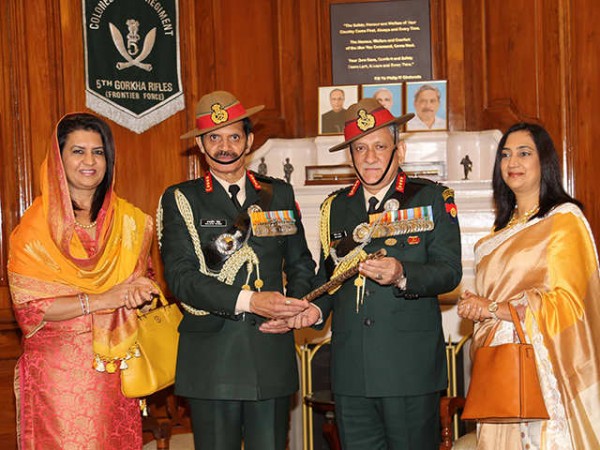 Chief of Defence Staff (CDS) of The Indian Army General Bipin Rawat's Wife Madhulika Rawat was also present along with General Bipin Rawat at the time of the helicopter crash accident. She was on a formal visit with him. Being the wife of CDS, she also holds an important position and accompanies her on most visits.

Indian Army Chief General Bipin Rawat's Wife Madhulika Rawat is the President of Defence Wives Welfare Association (DWWA). This is the responsibility of the Wife of the Chief of Defence Staff of the Indian Army. At the same time, she works for the welfare of wives, children and dependents of army soldiers. The Defence Wives Welfare Association (DWWA) is a welfare organization at the integrated defence staff headquarters.

Madhulika Rawat has been a part of several welfare programmes and campaigns which help brave women (widows of army) and disabled children. A total of 14 persons including General Bipin Rawat's wife were present in the indian army helicopter that crashed. It is said that 5 persons have died, some people have been rushed to the hospital and rescue operation is on in search of the remaining persons.