At the same time, many speculations are being made on social media regarding this. In such a situation, now the country's first multilingual micro-blogging platform, Koo App is going to bring the cricket great platform after making a splash in the IPL. Now the live cricket mahamanch can be seen on the KOO app. This special live event of 2 days has also been divided into the category of playoffs and finals respectively.

The first chapter of Cricket Mahamanch - The Playoffs is going to go live on KOO App today i.e. on Thursday, May 27, 2022 at 6 PM. In which International Presenter and Commentator Suhail Chandok, member of Indian women's team- Preeti Bose, cricket expert, writer and broadcaster Chandresh Narayanan can be included as chief guest. At the same time, if we talk about the second chapter, then its finals are going to be live on the indigenous social media platform, Ku on Sunday, May 29, 2022 at 5 pm. 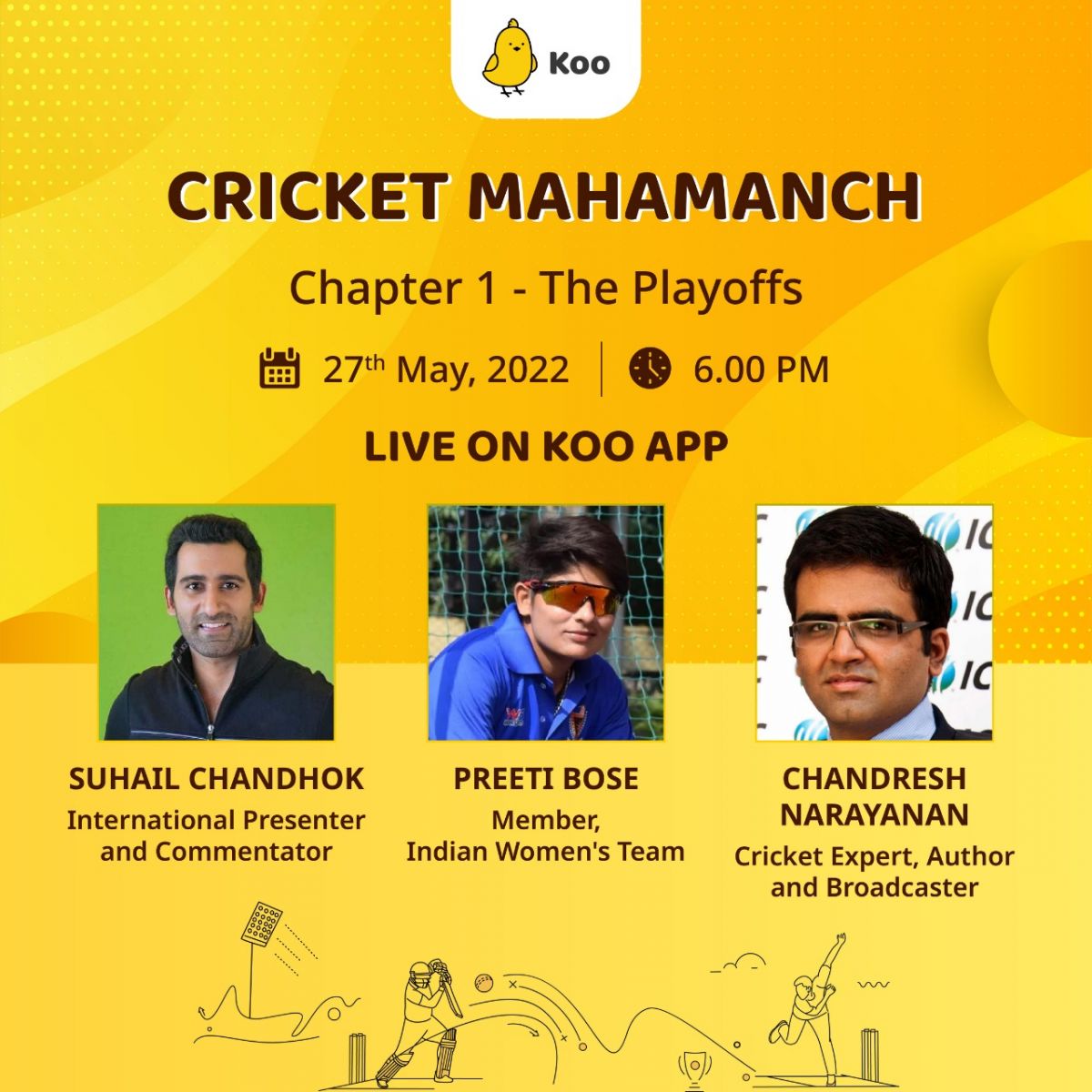