PC THOMAS: World Mental Health Day is observed on 10th October every year with the key objectives of raising awareness among people on mental health issues affecting people and to encourage efforts for improving mental health across the world. Due to multiple mental health problems the number of people committing suicide in India is increasing. According to Wikipedia, 1,39,123 people died by suicide in 2019 and the national suicide rate was 10.4 (calculated per lakh of population). As per the World Health Organization, in India, suicide is an emerging as a serious public health issue.

The causes for increasing suicide are incurable diseases, failed love affairs, divorce, marriage failures, extra-marital relations etc. Suicide attempts due to sexual abuse increased in various states during the lockdown period. It is also a fact that a large number of suicides are planned and well-contemplated. Increasing anxiety in people is another important reason for suicide. Every suicide is tragic, and it is recognized as a mental health as well as a public health issue in most of the countries. Efforts are also being made to tackle the issue.

Mental health issues in children are on the rise in recent times.  Every year after the declaration of results of 10th and 12th Board examinations a good number of students attempt suicide because they feel that they are unable to live up to the expectations of their parents and family members.  Lockdown triggered emotional strain in children, because they could not interact with their peers in schools, as the schools remained closed during the lockdown period.

This year also World Mental Health Day is observed when Covid 19 is negatively affecting the lives of millions of people. Several challenges are being faced by a large number of people as a consequence of the pandemic. For millions of skilled laborers, livelihood is threatened. A good percentage of workforces in Indian companies suffer from different forms of stress.

Now the question is how to deal with the phenomenon of increasing suicide and mental illness. Why is mental disease still a taboo in our society? Why is depression, which is one of the important causes of suicidal behavior, not taken seriously? Why caste, gender, social status are often linked with someone’s suicide?

World Mental Health day is an occasion to search for solutions to deal with mental illness and its consequences. First of all, awareness is to be created among people that like any other sickness, mental illness can be cured and it needs treatment. People are to be liberated from the stigma related to mental illness like anxiety, depression, bipolar disorder, schizophrenia.

Secondly, prevent mental stress and depression by staying active to boost one’s well-being, keeping in contact with friends, learning new skills, and doing something which one loves in order to reduce stress.

From the government, more counseling centers are to be opened and mental health specialists are to be appointed to provide counseling as well as treatment. The civil society organizations also can play an important role by organizing educational programmes to remove prejudices and stigma related to mental illness.

World missed most of the 2020 mental health targets: WHO 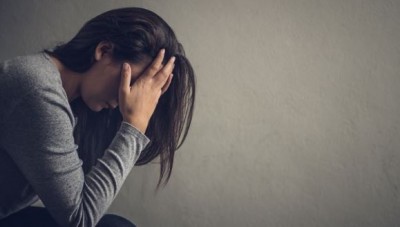