Lucknow: The 'Mughal Road' in Agra city in Uttar Pradesh has been renamed as 'Maharaja Agrasen Marg'. With this, 'Pulia of Sultanganj' has also been renamed as 'Vikal Chowk'. All this has been done keeping in view the demand of the local people and followers of Maharaja Agrasen. According to the report, Agra Mayor Naveen Jain informed on Friday that the people of Kamala Nagar on the roadside had been demanding the renaming of Mughal Road for a long time.

The Mayor says that on September 27, 2021, a proposal was moved in the Executive Committee of the Agra Municipal Corporation in the matter, which was approved by the House of the Body. Jain also said that he does not know how the route from Vikal Chowk to Kamala Nagar was named Mughal Road, but future generations will draw inspiration from the name of this route is on Maharaj Agrasen. Ward No. 75 councillor Sushma Jain called it an honour. She said, "Mughal Road was a symbol of slavery, but Maharaja Agrasen's name will inspire generations to come. Many cities have been renamed in the state in the past. The Yogi government in the state had decided to rename Allahabad as Prayagraj in the UP Cabinet meeting in 2018.

Faizabad has been changed to 'Ayodhya' again. In August this year, the District Panchayat had passed a proposal to rename Firozabad, famous for bangles, as Chandranagar. According to scholar Anup Chand Jain, the old name of Firozabad was Chandawar, but during Akbar's reign, it was renamed Firozabad in 1566. 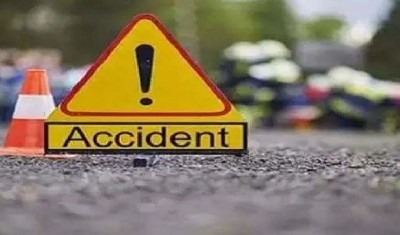