Bhopal: The monsoon has started to become active again in Madhya Pradesh. The Meteorological Centre has issued orange and yellow alerts for heavy rain in more than half of the state on Thursday. Bhopal experienced a slight drizzle in the morning. Water has also receded in Narmadapuram and Ratlam. Nine persons have lost their lives due to lightning in the state in 36 hours. In Astha of Sehore, lightning struck two youths standing under a tree to escape the rain in the afternoon. Both of them died on the spot. The woman and the child died in Chhatarpur. Earlier, 2 persons have lost their lives in Bhopal's Bairsiya and 3 in Vidisha.

On Wednesday also, apart from Mahakaushal i.e. Jabalpur, Bundelkhand-Baghelkhand received good rainfall. In Jabalpur where the drains were in spate. Bhopal and Indore are expected to receive heavy rainfall today. Meteorologist P K Saha said that a trough line is going from Rajasthan to Madhya Pradesh. With the receipt of moisture from the Arabian Sea, its impact on the State has also started. Gwalior received heavy rain on Wednesday evening. Due to this the settlement near Ganga Nagar was flooded. At night, when the municipal staff reached there, the anger of the locals erupted. An old man even picked up a stone in his hand to kill the team. The team apologized with folded hands, and then the old man's anger calmed down.

According to the same MET department forecast, there is a yellow alert of rain (heavy rain) in some districts of Malwa-Nimad including areas of Bhopal, Narmadapuram, Gwalior and Chambal divisions. An orange alert has been issued for heavy rain in Rewa, Sidhi, Satna, Singrauli, Umaria, Anuppur, Shahdol, Chhindwara, Balaghat, Chhatarpur and Niwari. 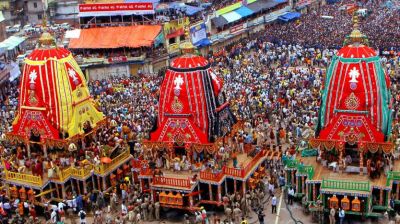 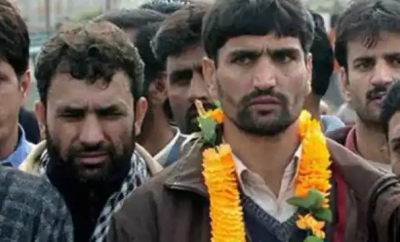