Television's well-known actor Abhinav Shukla is celebrating his birthday today, Abhinav Shukla has become very famous with 'Bigg Boss 14'. He has managed to make his mark as a model and television actor. He has also been well-liked in the stunt show 'Khatron Ke Khiladi 11'. Abhinav Shukla was born on September 27, 1982 in Ludhiana. He started his career as a model. Abhinav is a great actor.

Abhinav has a BTech in Electronics and Communication Engineering. According to media reports, soon after doing BTech, he was selected as Mr Best Potential. Abhinav Shukla started his modelling career in the year 2004. He also won the Best Physique Award in 2004. Abhinav Shukla shared a picture of his modelling days after the death of Sidharth Shukla and told that both of them started their modelling career together. Both of them participated together in the Gladrags Manhunt and Mega model contests. Sidharth Shukla was the runner-up in this contest.

Abhinav started his television career with the show 'Jersey No. 10'. Later, he was seen in shows like 'Geet', 'Jaane Kya Baat Hui', 'Ek Hazaaron Mein Meri Behna Hai', 'Choti Bahu – Sindoor Bin Suhagan', 'Hitler Didi' and many more. In 2018, Abhinav Shukla played a negative character in 'Silsila Badalte Rishton Ka.' He was seen in the role of Rajdeep Thakur. Abhinav Shukla has been a part of many reality shows. He has been a part of Khatra Khatra Khatra, Bigg Boss 14 and Khatron Ke Khiladi 11. Abhinav Shukla has also worked in Bollywood with the television industry. Abhinav Shukla started his film journey with the film 'Jai Ho' in 2014. He has worked in Roar, Aksar 2 and Luka Chuppi.

"I was forced to do Bigg Boss because I had no work": Rahul Dev 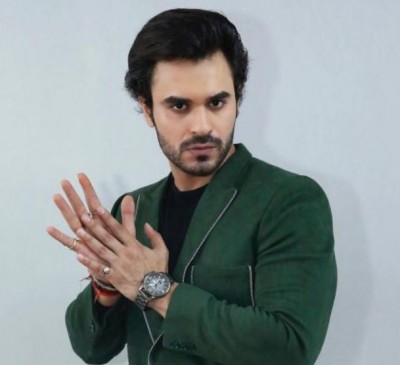