Every day lakhs of people in India travel by train. You too must have traveled on a train once. This question definitely comes to the mind of many people why do trains run the train only on the tracks? Why is the train not running on the road? Today we are going to answer this question coming to your mind.

You must know that only soil is found under the roads. If the load of the train comes on it, the soil will not be able to bear it and the road may sink. For this reason, the load is spread over a larger area by placing sleepers under the track. Along with this, the frictional force between the tracks and the wheels of the train is very less. But if it is run on the road, then it will be too much and it will be difficult for the train to move forward.

You must have seen that steering is given in all the vehicles running on the road. By which it is controlled. But no such steering is provided in the train. That is if the train is run on the road, how will it be controlled?

Property to be seized now if caught cheating in exams, govt's big step

'Terrorism is biggest threat to the security of humanity,' says PM Modi Man did not eat for 20 years, Mouth was closed since birth, Here is how he got a new life Sea Creature of Dinasaur’s Time, You will be surprised after seeing this dangerous animal A Miraculous stone with Jai Shri Ram written on it floated in the Dhobi Ghat, Became the centre of People attraction 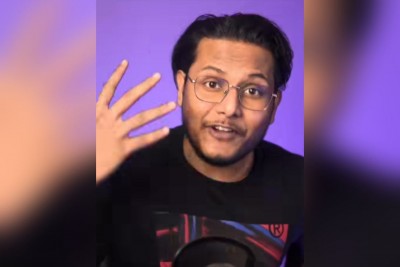