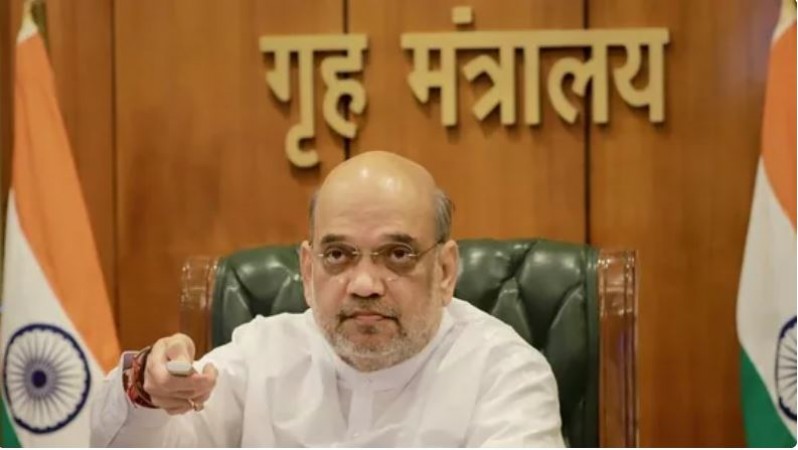 New Delhi: Union Home Minister Amit Shah is set visit Bihar for two days starting on Friday. While there, he will participate in a "Jan Bhavna Mahasabha" and preside over a meeting of the BJP State Core Committee.

The first event of Shah's visit will be a speech at the "Jan Bhavna Mahasabha" scheduled for Friday at noon at the Rangbhoomi Ground in Purnia. One of Bihar's 38 districts is called Purnia. Around 4 o'clock in the afternoon, Shah will meet with Bihar BJP MPs, MLAs, and former ministers at Kishanganj's Mata Gujri University. Around 5 o'clock at Mata Gujri University, the Minister will preside over a meeting of the State Core Committee of the Bharatiya Janata Party (BJP).

On the second day of his trip, the Minister would pray at the Budhi Kali Mata Temple in Kishanganj's Subhashpally Chowk at roughly 9.30 am. Around 10.30 am, the Home Minister will visit Border outpost Fatehpur and officially open the BOP buildings for Fatehpur, Pekatola, Beria, Amgachi, and Raniganj.

At 12 p.m. on the BSF Campus in Kishanganj, the Minister will review the border security meeting with the directors general and top officers of the Border Security Force (BSF), SSB, and Indo-Tibetan Border Police (ITBP). At 3.30 p.m. at Mata Gujri University, the Home Minister will attend the "Sundar Subhumi" programme held in honour of the ongoing "Azadi Ka Amrit Mahotsav" celebrations.

This will be Shah's first visit to Bihar since the JD (U) severed ties with the BJP recently to form the Mahagathbandhan government in the state, which is significant as it is learned that it would sound the bugle of poll preparation for the party hoping to make significant gains at the 2024 Lok Sabha election.

Several State BJP leaders have been camped out in the neighbouring Purnia and Kishanganj districts for a few days in order to organise Shah's event. They have been interacting with locals and leaders to make the rallies successful.
Purnia, Kishanganj, Katihar, and Araria are the four districts that make up the Seemanchal region of north Bihar, where a substantial Muslim population can have an impact on a political party's candidate's performance in both the Assembly and General Elections. According to BJP officials, a significant number of immigrants have infiltrated and settled in the four districts from West Bengal and Bangladesh, changing the demographics there.

Four Parliamentary seats and 24 Assembly seats are represented by the four districts. In the 2019 Lok Sabha elections, the BJP only took home one seat, Araria, while the JD(U) won two seats, Purnia and Katihar, while the Congress party took home the Kishanganj seat. Both the BJP and JD(U) participated in the 2019 elections as allies.
However, political experts claim that the Seemanchal region's political climate "influences the electoral outcomes of other neighboring districts like Supaul, Bhagalpur, Madhubani, and Darbhanga as well."

Gujarat riots: Modi was to be hanged, Setalvad hatched entire conspiracy with Congress