New Delhi: The BJP has set a target of 500 minority community votes in each seat in the upcoming assembly elections in Goa. In February-March of next year, Goa, Uttar Pradesh, Uttarakhand, Manipur, and Punjab will have assembly elections.

Syed Yasir Jilani, the BJP Minority Morcha in-charge for Goa, claimed that a strategy has been created to strengthen the party's minority morcha at the booth level during his two-day visit to the state.

We are reaching out to the minority community ahead of the forthcoming assembly elections. At the booth level, the morcha must be strengthened. "All the district presidents have been instructed to organise minority morcha teams in each of the booths as soon as possible," Jilani said. He stated that the party is aiming for 500 votes from minorities in each polling station.

"We want roughly 500 minority community votes in each booth, and our team is putting up 100 pecent effort to meet the goal. "We are confident that under the strong leadership of chief minister Pramod Sawant and state president Sadanand Shet Tanawade, the BJP would form a government in Goa once more," Jilani added. 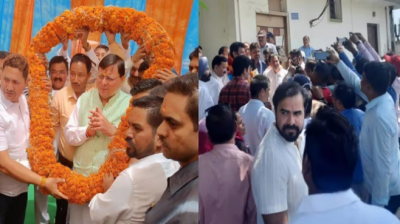