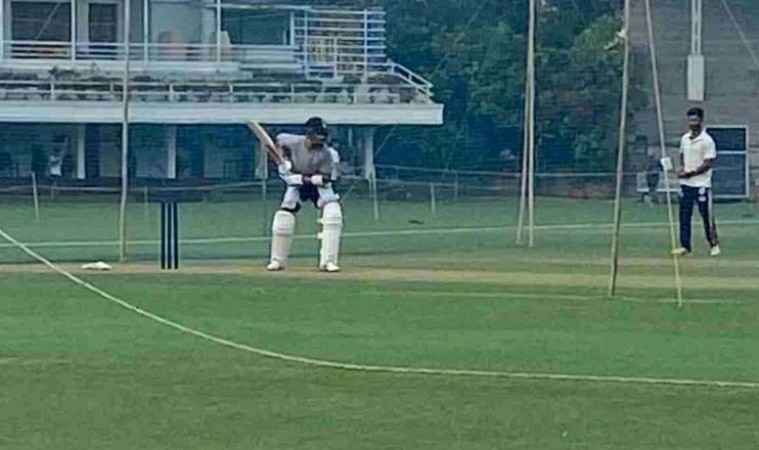 New Delhi: It's time for the second Test against New Zealand to begin. The second Test will be played in Mumbai, which will begin on December 3. The first Test is scheduled to be played in Kanpur before that. But Indian Test captain Virat Kohli, who will be directly associated with Team India in Mumbai, has started preparations for the second Test. The first picture of Virat Kohli's preparations has also surfaced in which he is seen sweating on the nets with bat, pad. 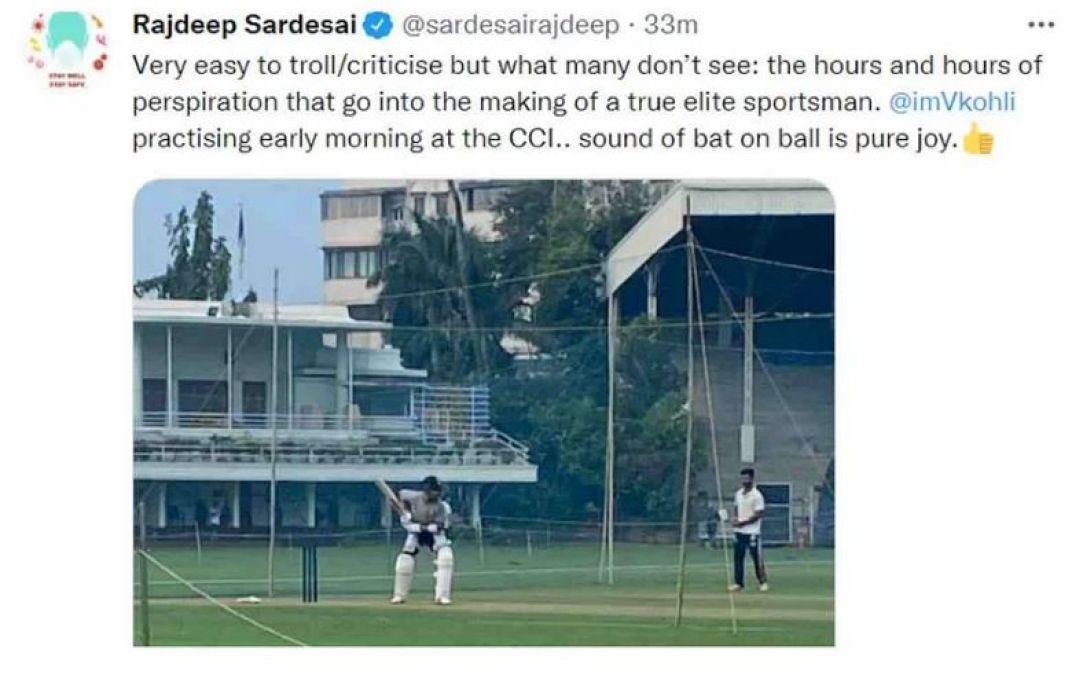 Senior journalist Rajdeep Sardesai shared this photo of Virat Kohli's preparations for the Mumbai Test on Twitter. He posted this picture and wrote, 'It is easy to condemn or toss names, but it is something that not many people can see. It is this hour's practice that makes Virat Kohli a great cricketer. The sound of contact between the ball and the bat is enjoyable.'

Indian Test captain Virat Kohli practiced his practice ahead of the Mumbai Test at the Brabourne Stadium on Monday. Virat Kohli had earlier decided to rest in the T20 series against New Zealand after quitting the T20 format captaincy. He will also not be part of the Indian team in the first Test in Kanpur. Rahane will replace Virat in the Kanpur Test as the captain of the Indian team.