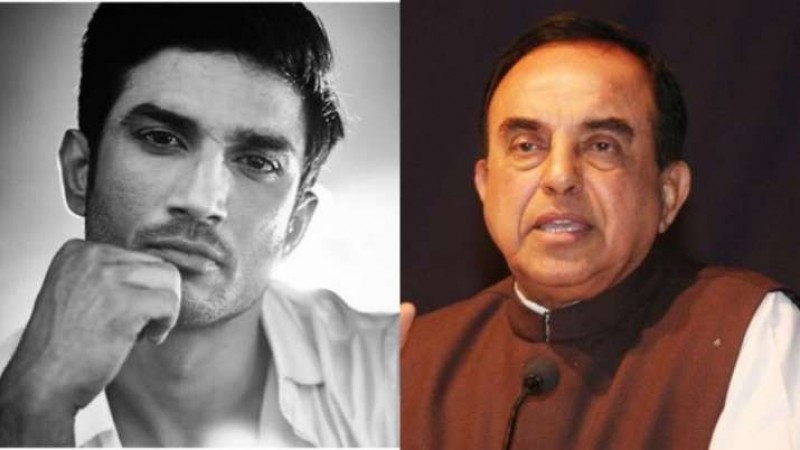 Permission for CBI inquiry has been received on Wednesday in the suicide case of late Bollywood actor Sushant Singh Rajput. Solicitor General Tushar Mehta told the Supreme Court that the Central Government has accepted the appeal of Bihar Government for CBI investigation. On the other hand, the bench of Justice Hrishikesh Roy asked all the parties to reply within three days, on the demand of FIR transfer to Mumbai by Rhea. After this hearing, BJP leader Subramanian Swamy has tweeted.

Even before this, Subramanian Swamy tweeted and questioned and asked why the doctors of Cooper Hospital did not send the viscera report from forensics?" He further wrote, "Was Sushant poisoned before hanging?" Further, Swami had asked the question in another tweet, "Why did Mumbai Police not register an FIR in Sushant Singh Rajput case?

The doctors of the hospital are waiting for Sushant's viscera report from the forensic department to know whether he was poisoned or not. The case will now be investigated by the CBI.