Tehran: President Ibrahim Raisi said on Saturday that Iran must take decisive action to address nationwide protests in response to the death of a woman in custody by the Islamic Republic's ethics police.

At least 41 people have been killed during the weeks-long protests, which have now spread to 31 provinces, according to Iran's state television.

In response to anti-government protests, state-sponsored rallies were held in several Iranian cities on Friday, and the military vowed to deal with "enemies" who were causing unrest. 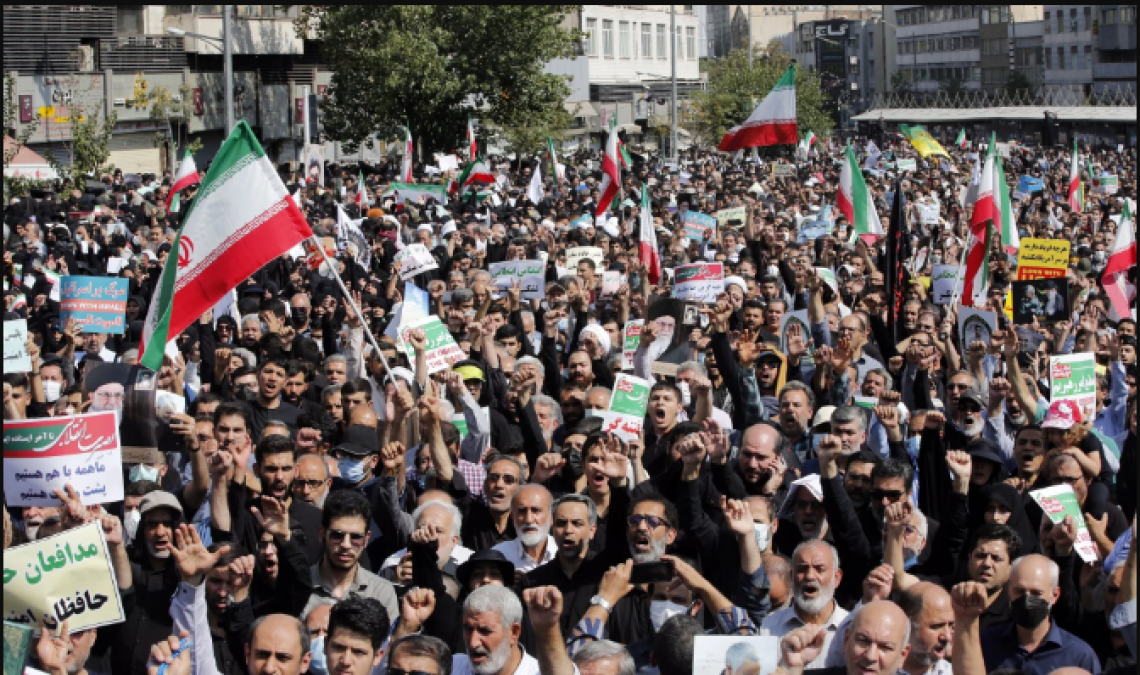 Raisi was quoted by state media on Saturday as saying Iran should "decisively deal with those who oppose the country's security and peace."

Raisi was on the phone with the family of a Basij volunteer who was killed while participating in the suppression of unrest in Mashhad, a city in Iran's northeast.

According to state media, the president "emphasized the need to distinguish between protests and disturbances to public order and security, and called the incidents a riot."

Protests erupted in northwestern Iran a week ago at the funeral of Mahsa Amini, a 22-year-old Kurdish woman who died in a coma after being detained by ethics police, which enforced the hijab law on women's clothing.

Her death has sparked renewed outrage in Iran over issues such as personal freedom restrictions, strict dress rules for women and a faltering economy as a result of the sanctions.

Women are actively participating in the protest by waving curtains and setting fire. When angry mobs demanded the removal of Supreme Leader Ayatollah Ali Khamenei, some publicly cut his hair.

The demonstrations that rocked the country are the largest since protests over fuel prices in 2019, when 1,500 people are said to have been killed in crackdowns on protesters - the bloodiest conflict in the Islamic republic's history.

Several Iranian and Iraqi Kurds, who protested outside a UN building in the northern city of Arbil on Saturday, carried placards with Amini's image and chanted "death to the dictator" in reference to Khamenei.

The Iranian Revolutionary Guards fired artillery at anti-Iranian military targets in the Kurdish region of northern Iraq, according to Iran's state television, which has accused armed Iranian Kurdish dissidents of involvement in the unrest.

According to Netblocks watchdog, Iran has experienced mobile Internet outages at least three times this week. According to activists, the action is aimed at preventing video footage of the violence from being broadcast around the world.

Amnesty International, a rights organization that called for an impartial UN "investigation mechanism" to look into this week's events, said security forces had reacted "spiral fatally" to protesters over the past few days.

According to the report, three children were also among at least 19 victims in the security force firing on the evening of September 21.
According to Amnesty International, the rise in the death toll shows "how merciless the government's attack on human life in the shadow of the Internet shutdown has been."

Most of Iran's 10 million Kurds live in the country's northwest, and Oshanwih was one of several cities where the strike took place on Friday. On Friday, Kurdish rights organization Hangau posted a video claiming that protesters have occupied parts of the city.

However, it shows protesters marching and throwing stones, setting garbage cans and a car on fire. "But the rioters destroyed public property in some western and northern regions of Tehran and some provinces," the article said.

On Saturday, the 1500tasvir Twitter account posted videos of demonstrations near Tehran University. Riot police were seen fighting the protesters and taking some of them into custody.