Sri Lankan all-rounder Chamika Karunaratne has fascinated many with his robust performance in the just-concluded three-match ODI series against India, which the visitors won 2-1. The Sri Lankan team's head coach Mickey Arthur was so impressed by Karunaratne's execution that he went on to mark him as the 'find of the series'. Following his outstanding show in the one-day series, Karunaratne was handed his T20 International (T20I) debut on Sunday against India. However, it was not an ideal one for the 25-year-old cricketer as Sri Lanka lost the match.

However, the match was made memorable for him as he received a special gift from his "role model". India all-rounder Hardik Pandya gifted a bat to Karunaratne, a gesture that left the Sri Lankan feeling "absolutely honored". Sharing the special moment with his followers on Instagram, Karunaratne wrote, "Absolutely honored to have received a bat from my role model Hardik Pandya on my T20 debut".May God bless you always!" The post soon created a buzz on social media with Hardik's teammates and fans applauding his sportsmanship.

Commenting on the post, Hardik's elder brother Krunal Pandya dropped red-heart, clapping and two hands emojis. Hardik's Mumbai Indians teammate Suryakumar Yadav, who was also part of the winning Indian team, dropped a smiling-face-with-heart-eyes emoji in the comment section."Awww Hardik is such a good guy," wrote a user on the post."This is the most beautiful thing on the internet today," said another cricket enthusiast. Karunaratne had a forgettable outing on Sunday night as he scalped one wicket while giving away 34 runs in his quota of four overs. He also failed with the bat, scoring just three runs. 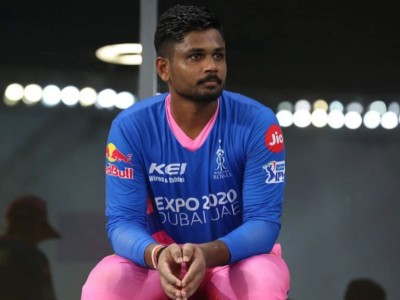