Daughters are a beautiful gift given by god, which is filling our house and courtyard with happiness. Whose innocent screams illuminate the house. When she is born, she lights up the house of her parents and when she goes to another house, she starts spreading flowers of happiness in her husband's life.

The importance of daughters is very much in everyone's life. Daughters' Day is celebrated on the last Sunday of September every year to honour these daughters. The daughter is the Lakshmi of the house and every task is completed as soon as she steps into the house and happiness also arrives. On this day, people give respect to daughters and many programs are also being organized across the country in which various schemes being run for daughters are also informed.

Importance: Daughter's Day is very important in the country and the world. Even today in a male-dominated society, people get to see more desire for sons than daughters. People still think that even if they touch so many heights, they will not be able to match sons. Many such cases in the country are heard every day. To change this mindset, Daughter's Day is celebrated every year.

'We are in favour of..,' India reiterates its stand at UNGA on Russia-Ukraine war

106th birth anniversary of Pandit Deendayal Upadhyay, 'the voice of Poor and Dalits' 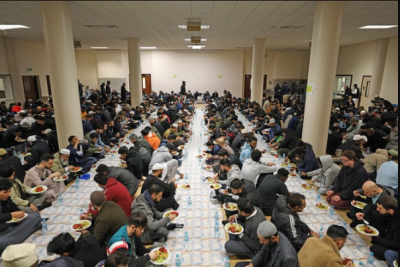