JERUSALEM – During a two-day visit to Bahrain by Israeli Defense Minister Benny Gantz, Israel and Bahrain inked a security pact, the first of its kind since the normalisation of relations between the two countries.

Gantz met Bahraini King Hamad bin Isa bin Salman Al Khalifa in the royal palace, according to Gantz's office, who arrived in Manama on Wednesday for the first visit of an Israeli Defense Minister.

Gantz and his Bahraini colleague Abdullah Bin Hassan Al Noaimi signed a security memorandum of understanding (MoU) between the two countries during their meeting on Thursday, according to reports.

The Memorandum of Understanding, which was signed approximately a year after Israel and Bahrain repaired their relations, "will assist any future cooperation in the fields of intelligence, military-to-military cooperation, industrial partnership, and more," according to the Israeli Defense Ministry.

"We're building on the historic Abraham Accords and strengthening ties between our countries. "We have accomplished an important defence agreement, which will help to the security of both nations and the stability of the region, only one year after the signing of the Accords," Gantz said, hailing the "historic" MoU as "new heights." "in the relationship between Israel and Bahrain.

A forest fire in Chile burns almost 1,200 hectares of province

At least 13 people killed during US security operation in Syria 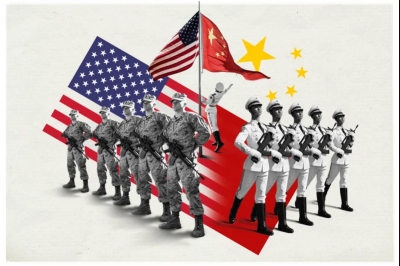