Bollywood actress Kangana Ranaut has always made her case on the issue of cinema. How could she have kept quiet on Katrina Kaif and Vicky Kaushal's wedding which has been the talk of the town these days? Kangana Ranaut shared a post on her Instagram between Vicky Kaushal and Katrina Kaif's wedding which makes everyone feel that through it she has praised Katrina for marrying Vicky.

Tell you that Katrina Kaif and Vicky Kaushal are all set to get married on December 9 at six senses resort in Sawai Madhopur in Rajasthan. The wedding rituals of the two have been held with great fanfare. Meanwhile an Instagram post by Kangana Ranaut is going viral. Kangana Ranaut has praised Katrina in her post shared on her Instagram story. 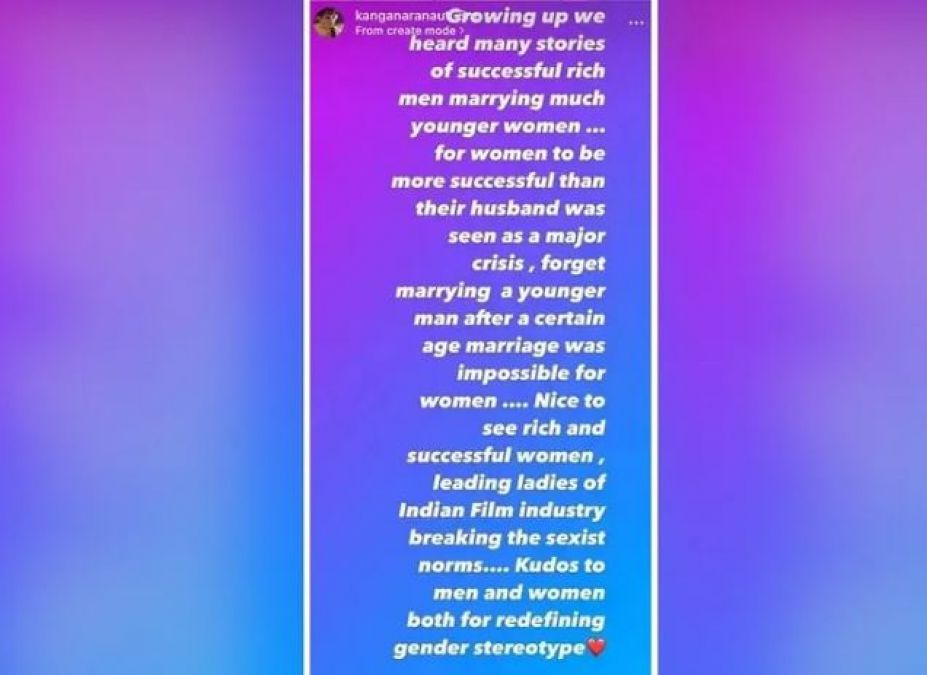 Kangana has praised 'rich and successful women of the cinema world' for 'breaking sexist norms' by marrying a man younger than her. Though Kangana has not named anyone in her post, her post is in connection with Katrina Kaif and Vicky Kaushal, who are five years apart and are currently getting married. The actress wrote: Growing up, we heard many stories that rich men married a young or young girl. A woman or a girl was not confessed to being more successful than her husband. It was difficult to get married after an age, but it is good to see that now the rich and successful women of Indian cinema are changing gender thinking and breaking conservative thinking.